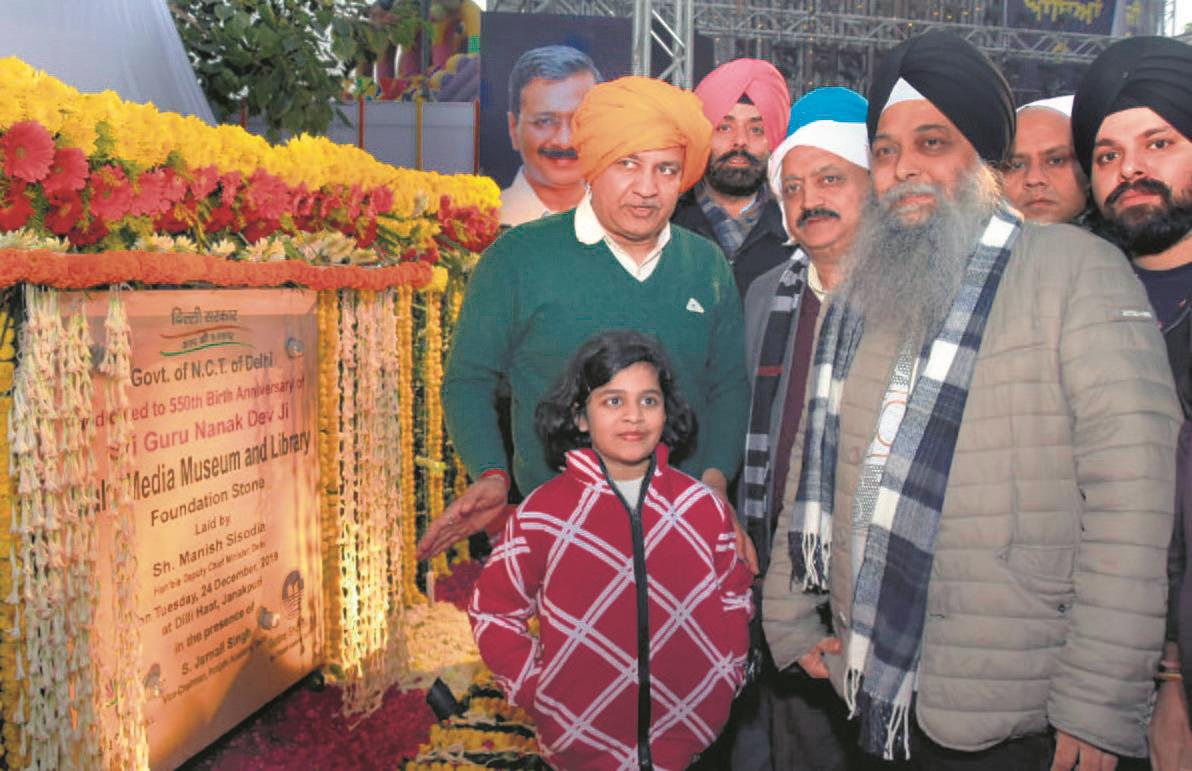 Dy CM Manish Sisodia and others after laying the stone of a museum in New Delhi. Courtesy: Delhi govt

Delhi Deputy Chief Minister Manish Sisodia on Wednesday laid the foundation stone of a multi-media museum library at Delhi Haat in Janakpuri as part of celebration of 550th birth anniversary of Guru Nanak Dev, the founder of Sikhism.

The museum will be based on Guru Nanak’s life, travels and teachings. Taalguru Group of Patiala played light and sound show showcasing the life and teachings of Guru Nanak at the foundation-stone ceremony.

The Delhi Government has made the Punjabi Academy nodal agency to build the proposed museum. An agreement between the academy and the Delhi Tourism Department has already been signed to this effect. Dilli Haat, a cultural spot, is under the department.

After laying the foundation stone, Sidodia said: “It is a great honour to dedicate a museum to Guru Nanak Sahib”. Punjab Academy Vice-Chairman Jarnail Singh said the guru’s message of universal brotherhood and oneness can play a big role to build communal harmony in this country. — TNS

Cause unknown, they were reportedly attending a party to cel...

Covid-19: Another death reported within a week