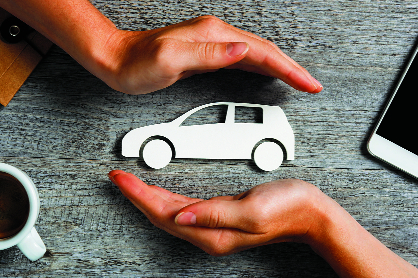 Two years ago, my car got stolen, but was eventually found by the police and returned to me through a court order. The subsequent events made me feel that I would have been better off if the car had not been found. First of all, the insurance company took a very long time to approve the cost of repairs required on the car. They, in fact, appointed two surveyors and wasted considerable time. Second of all, the service centre promised to deliver the car after the repairs in a month, but took six months to complete the job and hand over the car. So, altogether, I was denied the use of my car for nine months after I got it back. I want to file a case against both the insurance company as well as the service centre for the delay as I had to travel by taxi during this time. Do I have a case here?

Well, consumer courts have clearly held that inordinate delay in rendering a service constitutes ‘deficiency’ in service and consumers who suffer on account of such deficient service are entitled to compensation. In this case, both the insurance company and the workshop are guilty of rendering a poor service that caused you considerable suffering physically, mentally and financially. So you have every right to seek compensation for the loss caused to you.

I must also mention that, in a number of cases, the apex consumer court has frowned on insurance companies that appointed a second surveyor or valuer to re-assess the cost for no apparent reason, except that it did not suit the interest of the insurer. In your case, I do not know why the second surveyor was appointed, but if it was done without any valid reason, obviously resulting in further delays, then you have another strong point against the insurance company.

Similarly, the service centre or the workshop promised to hand over the car after completing the repairs in a month, but took six months to do so. This not only constitutes unfair trade practice, but also deficient service. So the service centre too has to compensate you for the delay in repairing the car.

I am not sure about the quality of repair work done. If that was not satisfactory or if the workshop failed to do the job as required or as promised, you must include that too in your complaint and seek damages on that score too.

Do you know of any case similar to mine that has come up before the consumer court? If yes, can you please elaborate on it?

The apex consumer court looked at an almost identical case only recently. Here too the complaint was about the delay on part of the insurance company in approving the repairs and the delay on part of the service centre in giving the estimate and in completing the work — all adding up to 18 months of delay. The other complaint was that even though it was a ‘cashless policy’, the consumer had to pay Rs 1,04,835 as depreciation charges.

Here, the lower consumer courts had held the insurance company and the service centre guilty of providing deficient service and asked them to pay 12 per cent interest on locked up value of IDV (Insured Declared Value) of Rs 4,25,000 beyond a period of six months for which the vehicle was retained by the workshop; pay Rs 25,000 towards mental and physical harassment caused to the complainant and Rs 10,000 towards costs. Both the insurance company and the workshop would be jointly and severally liable, the lower consumer courts had said.

This was upheld by the National consumer Disputes Redressal Commission. However, on the question of depreciation charges, the insurance company argued that the vehicle was five years old at that time and as per the insurance policy, depreciation was to be applied on the basis of the chart given and this was strictly followed.

The National Commission, after considering this issue, held that “when there was a clear provision in respect of depreciation to be charged, the complainant cannot raise any grievances in this regard unless it is proved by the complainant that depreciation has not been correctly applied”. Since no such argument had been advanced, there was no case for asking the insurer to reimburse that amount, the Commission held. (Jaspreeet Singh Bakshi Vs SBI General Insurance Company and another, Revision Petition No 605 of 2016, date of order: June 18, 2020)