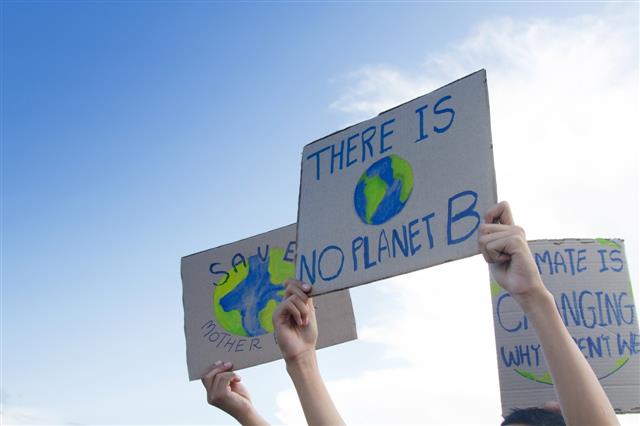 Climate change is not only one of the defining issues of our time but also the greatest social, economic and environmental threat to the world. Directly or indirectly, it is mostly attributed to the various human activities, including industrialisation. It is now a widely accepted phenomenon due to the increased global warming over time.

Ever wondered what are the factors that led to this critical global issue? Well, the prime impetus is the growing population to unprecedented levels and its growing needs — health, infrastructure, food and nutrition. In addition, human activities — — especially the injudicious burning of fossil fuels — with the advent of industrial revolution have led to extreme pollution. And last but not the least, deforestation has created an imbalance in the carbon cycle.

The energy, industry and agriculture sectors have emerged as the major contributors to the greenhouse gas emissions and climate change. The drastic environmental changes will lead to higher sea levels and precipitation patterns, increase in drought and heat waves and ultimately, a significant rise in natural disasters. Due to changing weather and precipitation patterns, India’s agriculture will also be impacted due to changes in soil quality, fertiliser usage and yield size.

Keeping in mind the worrisome issue, I did an extensive research to study the impact of climate change on crop yield in Himachal Pradesh. The state of Himachal Pradesh was chosen due to its large agricultural dependency, varied crop production, sensitivity to climate change, geographical placement near the Himalayas, and changing precipitation rates and cycles.

The population of Himachal Pradesh stands at 7.5 million as of 2020 and 93% of it is dependent on agriculture, providing employment to 71% of the people. So, in order to understand the impact of climate change better, two broad perspectives were identified as part of the research study:

1)   The agricultural and technical aspect

To study these aspects in a detailed manner, two districts of Himachal Pradesh, Hamirpur and Bilaspur, have been focused on as people there are heavily dependent on agriculture for livelihood. Both primary and secondary data have been used for the research. I conducted multiple personal interviews with farmers and Farmer Producer Organisations (FPOs) in the two districts to understand the challenges and the overall situation in an effective manner.

As we know, due to its rich agricultural heritage, Himachal Pradesh is the second-largest producer and exporter of apples in the country, making it the key stakeholder in the global supply chain of apples. The state is also dependent on animal husbandry.

A pertinent question is: How has agriculture in Himachal Pradesh been affected by climate change? This was further differentiated in two categories: water resources and crop yield. When it comes to water resources, being geographically located in a mountainous area, the precipitation in the state is largely in the form of rainfall and snowfall. The key issue for precipitation in this state is the growing uncertainty in its patterns.

While talking to farmers in the region, my study found that 68% of them have already noticed the impact of low rainfall on the crops as dryness hinders the normal germination of flowers. Of the farmers I interviewed, 50% believed that dependency on rainfall is detrimental to their livelihood and hence they should switch from traditional to modern agricultural techniques.

The research study notes that snowfall acts as one of the natural pesticides in the mountain regions as it serves a dual purpose: One, it creates a snow blanket, protecting the crops, and two, it creates favourable conditions for germination of flowers. But untimely and excess snowfall hampers the agricultural process, presenting a tough situation before the farmers. Due to this, farmers have begun excessive use of chemicals on the crops, resulting in poor soil and crop quality in the long run. It has also led to additional financial burden on the farmers due to high costs of pesticides and insecticides.

The uneven precipitation and sudden changes in temperature affect the crop yield, too. A survey was conducted among the farmers in the region, and it was found that 60% of them believed that their yield has reduced over time due to climate change and has become more erratic and inconsistent.

It is not just the agricultural and technical aspects that have had adverse effects on the crop yield and the quality of crop — socio-economic factors have also had an impact. The unfavourable climate changes have exposed the people of the state to regular natural disasters, including floods and landslides, among others, threatening their lives and livelihoods by ruining crop produce and damaging property.

An important question that arose was whether there was a plausible solution to these problems and whether we can improve the conditions, which are currently very serious. Based on my secondary research, since long mitigation has been seen as one of the probable solutions but with the growing drastic climate changes, adaptation has evolved as one of the sustainable solutions.

For Himachal Pradesh, climate change has manifested itself in the form of erratic temperature and precipitation patterns. There is inconsistency in rainfall and snowfall in both dimensions — region and volume. Hence, adaptation techniques must be focused on, combating the effects of both excessive and scant precipitation in agriculture. Adaptation can be implemented both at the individual and community level and also at the policy level.

But how is it to be done? Here are a few simple yet effective suggestions on how adaptation can be a game-changer:

While policy level changes can be implemented both at the national and international level, the focus should be at localising the efforts as much as possible. Also, focus should be on better disaster-preparedness, timely delivery of irrigation facilities, effective information delivery to the farmers, integration of sustainable practices with existent programmes such as MNREGA, adoption of technology such as e-tractors, among others.

One of the greatest challenges currently faced by the human race is climate change. Climate action is needed urgently because if climate change is not controlled, it would lead to a catastrophic end for humankind. The world has already been witness to many fatal natural disasters, degradation of land and soil quality and unpredictable precipitation patterns, adversely affecting the agricultural sector in different parts of the earth.

Based on research, we can say that in the mountainous state of Himachal Pradesh, the precipitation levels have been highly erratic, leading to extreme confusion and lack of clarity regarding crop outcomes and behaviours. Adaptation in such erratic conditions becomes an even greater challenge, as there are no ideal measures. In such a situation, a proper study on climate change and its effects on Himachal Pradesh, along with the much-needed solution in the form of adaptation, is extremely important at all levels — including individual, community and policy-making.