MSP is a floor price announced by the government for 23 crops (including coarse grains, pulses, oilseeds, cotton and copra) to offer remunerative prices to farmers as well as ensuring food security. While the production of rice and wheat is stabilised at sufficiently high levels, pulses and oilseeds have witnessed relatively greater price volatility. The current rhetoric for legalisation of MSP is directed towards burdening the consumer and the exchequer. 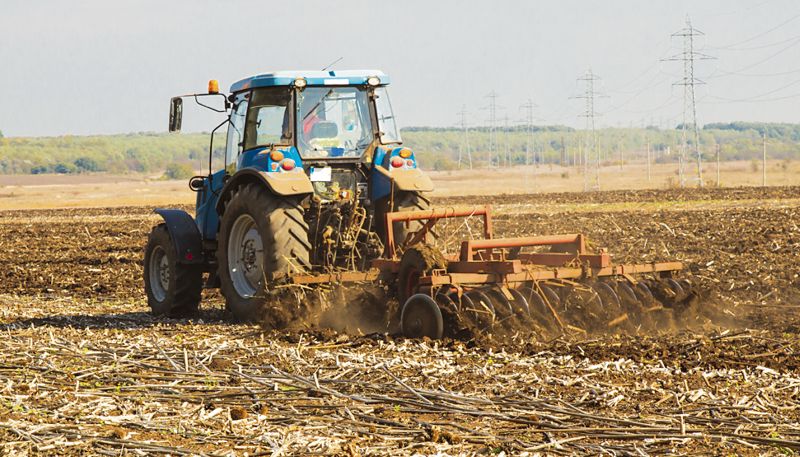 THE total foodgrain production for the crop year 2019-20 is estimated at 297.5 million tonnes (MT), including 226.73 MT of rice and wheat taken together. Of this, 99.01 MT of these two foodgrains was procured by the Union government at the Minimum Support Price (MSP) during the 2020-21 marketing season.

The MSP is a floor price announced by the government for 23 crops (also including coarse grains, pulses, oilseeds, cotton, copra and de-husked coconut) to offer remunerative prices to farmers as well as ensuring food security. While the production of rice and wheat is stabilised at sufficiently high levels, pulses and oilseeds have witnessed relatively greater price volatility. Purchases at MSP are currently only restricted to purchases by the government and modalities may vary from crop to crop due to their respective dynamics, but are primarily driven by considerations of food security.

The current rhetoric for legalisation of MSP, however, is not in the direction of greater food security, but towards burdening the consumer, the public exchequer and trade for the following reasons:

First, trade of all produce at MSP would lead to an increase in wholesale prices, cascading into retail inflation and reducing the purchasing power of consumers. In the long run, this may also lead to a shift in dietary patterns away from such crops, resulting in a self-defeating scenario. For a predominantly vegetarian population of our country, pulses and coarse grains are not only the primary source but also comparatively inexpensive source of protein. A resultant shift in dietary patterns may not be desirable in our efforts to combat malnutrition.

Second, a gradual reduction in demand may in turn crowd out trades made by small and marginal farmers with relatively larger farmers bargaining to meet supplies. More than 85% of our farmers are small and marginal. Further, more than 55% of our population is engaged in agriculture. Thus, the interests of a significant proportion of the relatively more vulnerable groups needs to be seen in the light of efficacy of policy intervention. Moreover, a rise in retail inflation would also hurt these groups in their capacity of being ‘consumers’.

Third, the fiscal implications of MSP don’t end with the procurement cost. Maintaining large quantities of stocks involves huge carrying cost. This would spell trouble as far as fiscal prudence is concerned due to the rise in not only farmers’ subsidies but also consumer subsidies as well as carrying costs. As per data made available by the Food Corporation of India (FCI), the economic cost (that includes incidental costs and distribution costs in addition to the MSP) for wheat in 2001-02 was Rs 853/ qtl, which has increased to Rs 2,548 in 2021-22. For rice, the economic cost was Rs 1,098/qtl in 2001-02; it rose to Rs 3,646 in 2021-22. Not to forget that a considerable part of this rice and wheat is supplied at a highly subsidised Central Issue Price (CIP) of less than Rs 5/kg under various welfare schemes. For FY 2021-22, the FCI has shown sales realisation of Rs 3.99/kg for wheat and Rs 3.50/kg for rice. Therefore, the subsidy for wheat comes to Rs 2,149/qtl and for rice it is Rs 3,296 per quintal. This is the current estimation of per-quintal cost on the exchequer for the whole procurement and disposal exercise of rice and wheat.

Lastly, such a move would have adverse general equilibrium effects. It would not only increase costs of downstream users of agricultural goods, but may also raise input costs by incentivising non-competitiveness. This shall eventually aggravate non-optimal use of scarce inputs such as water and electricity and worsen environmental degradation. A high-cost economy would also hurt export competitiveness and fritter away export markets. Further, funding subsidy would entail more resources, implying an opportunity cost on investments/development-oriented interventions.

The MSP operations in a limited manner help to cater to multiple objectives of extending remunerative prices to growers and ensuring food security respecting financial constraints. The Commission for Agricultural Costs and Prices (CACP) has reiterated its stance of reviewing the open-ended procurement policy especially when it comes to the states of Punjab, Haryana and Telangana in its Report on Price Policy for Kharif Crops of 2021-22 season. The Commission has also highlighted the need to reorient policy direction to encourage ‘demand-driven sustainable crop diversification’ in favour of maize, pulses, oilseeds and horticultural crops that currently face low profitability and high risk. These state governments should come up with innovative, WTO-compliant funding and solutions to support such diversification. Taking a cue from the PAHAL scheme, relatively better-off farmers from these states could also set an example by ‘voluntarily’ letting go of subsidy on rice and wheat by diversifying to other crops.

The benefits of greater emphasis on non-price interventions are manifold. Such diversification would in turn lead to productivity gains and improve competitiveness. Further, diversification should further extend to horticulture and agroforestry, the benefits of which may be explored separately.

The NITI Aayog’s report on doubling farmers’ income has highlighted key measures which are relevant to the agricultural sector today. Farmers’ groups should now take the lead with regard to agricultural marketing reforms by making suitable provisions for private mandis, direct marketing, contract farming, e-trading, single-point levy, direct sale by consumers to farmers and single traders’ licence. The organised strength of farmers’ groups like FPOs (farmer producer organisations) should be constructively channelised to promote investments in agriculture, value chains and producers’ alliances.

Further, when it comes to increasing farmers’ income, a lot has been talked about increasing the procurement price (P), but very less is said about boosting productivity to increase the per hectare output (Q). While farmers’ income is determined by both P and Q, increasing Q will have a favourable impact on their income without much debate on policies and politics of increasing P.

Rather than legalisation of MSP, a shift should be made towards supplementing decentralisation of price stabilisation efforts as this will better cater to the diversity of nature’s endowment, size and distribution of agricultural works in the nation. These entail regional/state-level and crop-specific interventions against a one-size-fits-all approach. The choice should be of collaboration over conflict to realise Atmanirbharta.

Asha is Deputy Director, Dept of Pharmaceuticals, and Bansal is Junior Statistical Officer, Dept of Consumer Affairs, Govt of India. Views are personal