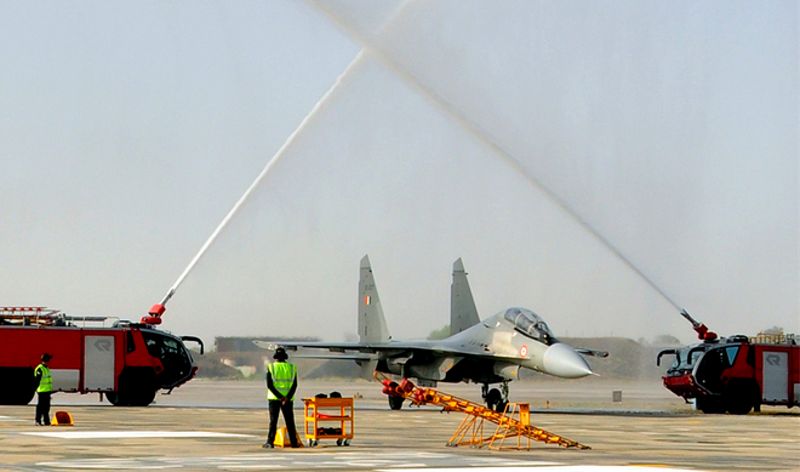 WORK has begun on a new international airport at Halwara, 31 km from Ludhiana, even as operations at Ludhiana’s domestic airport in Sahnewal remain suspended. - File photo

WORK has begun on a new international airport at Halwara, 31 km from Ludhiana, even as operations at Ludhiana’s domestic airport in Sahnewal remain suspended. The Sahnewal airport had only one flight — to and from Delhi run by Alliance Air four days a week on a 72-seater ATR aircraft. The low passenger load had forced reduction of the frequency from five times a week in January, before suspension of operations from April 9. The airport at present caters to 10-12 chartered flights on an average every month, mainly from Delhi, Bengaluru, Chennai and Mumbai.

Work on the interim terminal building at Halwara, which is one of the oldest frontline airbases of the Indian Air Force, began last week after the Airports Authority of India (AAI) accorded in-principle approval to the project costing nearly Rs47 crore.

While work to develop the internal approach road, taxiway, car parking and apron has begun, the second tender for construction of the interim terminal building has been floated, with a six-month deadline for construction. The building — which will precede a regular terminal — will be built by the state government and the funds will be reimbursed by the AAI after monetisation of its land at Sahnewal airport.

The Greater Ludhiana Area Development Authority has acquired 161.28 acres, including 135.54 acres for the airport and 25.74 acres for future development. Work on widening the 5.1-km link road from Aitiana village has been completed. There is also a proposal for an approach road from the Delhi-Katra Expressway. — Nitin Jain

Bathinda airport: No flights, for now

Bathinda is the only district in southern Punjab with air connectivity. The sole service provider, Alliance Air, a wholly-owned subsidiary of Air India, chose not to extend operations after its contract ended last year.

Before the suspension of service, the airport was operating 70-seater ATR-72 flights to and from Jammu five days a week and flights to Delhi thrice a week. Services on the Delhi route were discon-tinued from November 28, 2020, and flights to Jammu on October 27, 2019.

The airport, a pet project of the Badals, was constructed at Virk Kalan village, about 30km from Bathinda city, in October 2012, but was made operational in December 2016.

The state government had acquired 42 acres and handed it over to the AAI, which spent Rs25 crore for constructing a civil enclave adjoining Bhisiana Air Force station. While the airport building is under control of the AAI, the runway, air traffic and emergency services are the domain of the IAF. — Sukhmeet Bhasin

Listed among airports to be privatised by AAI