How the British shaped shopping

The haute couture of the Raj left behind a tradition of and taste for the exquisite English brands and other vestiges of the Empire, which still linger on in popular imagination 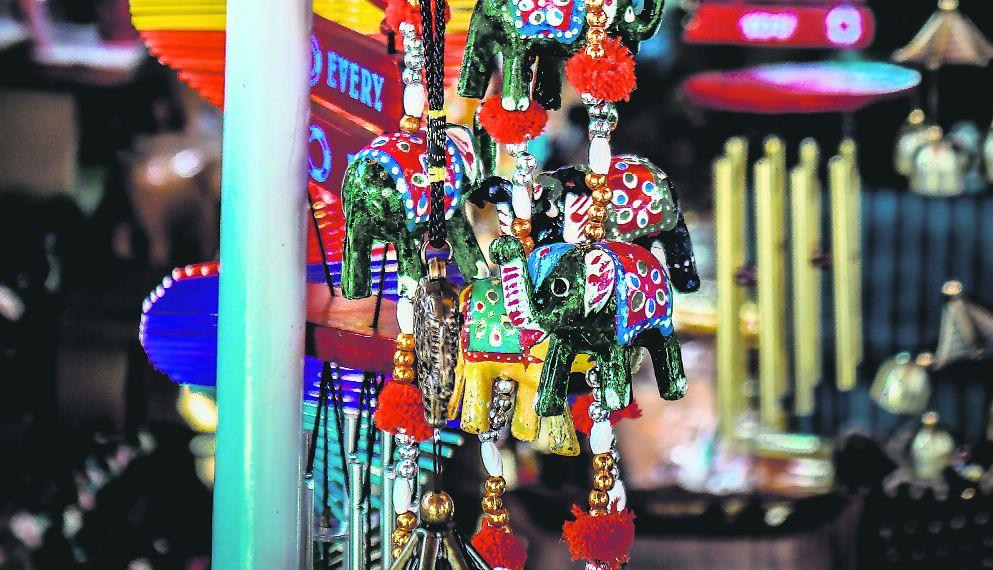 From box-wallahs bringing silks and shawls in tin trunks to retail stores selling different goods under one roof or simply placing an order through mail, innovative ways of selling products have roots in the days of the Empire

When Europeans came to live in colonial India, they could not access things they were used to back home. They had to get their supplies from abroad. But this changed once shops here started selling European goods. By the early 19th century, shops with goods from abroad had started opening in India. In 1838, Emily Eden, sister of Lord Auckland, writes about the “Europe Shop” in Simla, which stocked merchandise from Europe. Messrs Barrett & Co. was the first European merchant established around 1838 in Simla. This was, perhaps, the shop Emily was referring to. Mr CJ French, writing in a journal in 1838, mentions how Messrs Barrett & Co had many difficulties in its early years of establishment, and in spite of that it had catered to the needs of the European customers, offering them even roast beef of England. Besides the goods, among the services they offered were reading room with periodicals and journals as well as billiards room. In 1845, Mr Barrett also opened a hotel in Simla. It was called Pavilion that later became Royal, and then Lowrie’s Hotel.

Many writers have given accounts of the British Raj and lifestyle of those times. An exercise was undertaken by the BBC in the 1970s to conduct oral history interviews of 76 persons, which gave an insight into the lives of those residing in the British Raj. Allen Charles also used these in the form of a book Plain Tales from the Raj. The stories recount how innovative ways of selling products were followed in India. These ways have remained so even a 100 years later.

Mrs Wood, an enterprising lady living in Calcutta, made boxes of babies and women’s clothes and sent these to the countryside in a box. An Indian salesman or the box-wallah also came on a bicycle and brought silks and shawls in a tin trunk, which were laid out in the verandah. He would then tell the memsahib ‘no need to buy, at least have a look’. This system of selling goods continues till today. There are shawl-wallahs and carpet-wallahs, who come and ring the bell to show their products. They too use a similar line — ‘madam please see as there is no charge for looking’. In small towns, vendors still come to sell pastries and buns from a tin box or a trunk strapped onto the bicycle.

Initially the term ‘box-wallah’ was coined by Army people, who gave this name to businessmen. It was said it stemmed from a certain degree of jealousy of the more prosperous businessmen. This then came to be used for all European businessmen in India at that time. This expression stuck on for a long time as later those in the corporate sector were also termed box-wallahs.

By the mid-19th century, a new concept of retailing emerged in Europe and America, where different types of goods were sold under one roof, and with the same price tag across all company stores. In India, following the same system, some big firms like Army & Navy Stores, Hall & Anderson, and Simpsons & Co. of Madras had branches in different parts of the country. Another big store was Whiteaway, Laidlaw & Co. The store was first established on the Esplanade in Calcutta, around 1879, and later many branches were opened in India. It also had a catalogue from which articles like men’s suits, women’s dresses and accessories could be purchased via mail orders.

For those seeking luxury

For the rich and the royalty, there were firms that sold luxury goods and high-end items. Many Europe-based companies used the services of Hamilton & Co, Cooke & Kelvey, and Imrie & Lawrence to sell their products in India. British firms like Goldsmith’s and Silversmith’s company and Gerrard especially made goods for the Indian market. The European designers, who were interested in Indian clients, had made many trips to India. Jacques Cartier (1884-1942), coming to India in 1911, carried with him objects which he thought would be of interest to the wealthy like watches, along with small platinum set jewellery. He was successful in making contacts with many rulers. Among them was the ruler of Kapurthala. Other jewellers like Boucheron, Mauboussin, Van Cleff & Arpels and Harry Winston came in only after the First World War. Cartier’s early visit gave an edge to the firm, which enabled it to gain a large number of customers among the wealthy and the royalty.

Even during the Great Depression of the 1930s, the Maharajas continued to buy things from French firms in Paris and London. After the Russian Revolution, the Indian Maharajas stepped in as customers and patronised European jewellers. In the early 20th century, Bucheron and Cartier got huge orders from both the Patiala and Kapurthala royal houses. The royal houses ordered art-deco style of ornaments set in platinum. These were a rage in Europe then.

By the early 20th century, many tailoring shops opened in bigger towns like Shimla, Amritsar and Lahore, with the latter emerging as the fashion capital of Punjab. Its shops sold cloth and also provided the services of tailors. Since, in many homes, women were not permitted to go to the bazaar, these establishments sent the thanns (rolls of cloth), and the tailor to the customer’s home. Leela Ram was one such shop with this set-up. This practice continued till much after India gained Independence. Prominent tailoring shops that stitched western clothes were Rankin & Co., Phelps and Leela Ram. Many of these had branches in different parts of Punjab, and elsewhere. Lok Nath, in Shimla, specialised in making ladies’ coats. Fashionable ladies from rich peasantry wore coats in the ’30s and ’40s when they went out. There are many photographs from that period of ladies wearing coats with sari.

Books related to stitching and cutting that described technical advances, as well as the latest styles, were published in England from early 19th century. Some of these found their way to India and customers often bought these and gave to the tailors or darzi. The darzi would come to the memsahib and sit in her verandah to repair or stitch new clothes. Indian tailors have always been good at replicating things, and they were able to make exact copies of the European clothes, given to them by their memsahib. Their expertise covered everything from coats to bras. Because of the tailors’ skills, people found that they needed to buy only a few foreign-made garments, from which copies could be made by the local tailor at much lower prices. This holds true to some extent even today.

Shimla, being the summer capital of the Raj, attracted a lot of businesses that were patronised by Europeans and rich Indians. Mall Road had a variety of stores, including those of boot makers, fashionable tailors and watchmakers. The famous photographers, Bourne & Shepherd, were also located on Mall Road. Initially, Indians were not allowed to open shops on Mall Road. It was only after World War I that some shops were allowed to open, but they were directed to stock only quality goods.

By early 20th century, western influences had become more rampant as more and more people had taken to wearing western clothes or at least adopting western garments, along with their Indian attire.

Many local shops had connections abroad; some of the owners even travelled to Europe to source goods. On their return, they advertised in magazines and newspapers. Juggat Singh Kawatra & Sons of Anarkali, Lahore, advertising in The Prince magazine of October 1934, announced that their proprietor had “…just returned from European tour and brought with him new and fresh articles of the latest design”. These articles included pullovers, mufflers, jerseys, socks, perfumes, other toiletries and fancy goods. In another advertisement in the same magazine, Tilak Hosiery of Lahore promoted its tennis shirts.

Newspapers like The Tribune also had advertisements for selling tennis trousers, cricket flannels or other garments that gentlemen would need for their various activities.

After 73 years of Independence, many shops have changed but the department store culture that had its roots during the British Raj continues. The western attire, which people had imbibed during the Raj, is prevalent in most towns of Punjab. Many clubs still follow the dress code that the British had left behind.