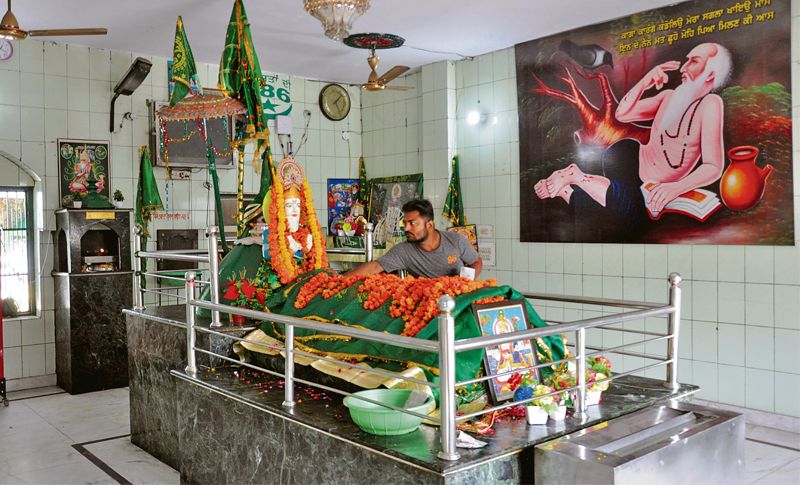 Dargah Peer Baba Noore Shah: The shrine near the B Block railway crossing was built in a small area 50 years ago, but got expanded over the period of time.

To call Amritsar just a spiritual abode of Sikhism will be an understatement. The holy city is also a treasure trove of street shrines, which have become the embodiment of inclusivity and are thronged by people, irrespective of caste and creed. Tribune correspondent Manmeet Singh Gill and lensman Vishal Kumar explore many such places, a few of which even date back to pre-Partition times.

WHILE for many of us, Amritsar is just synonymous to Golden Temple, there is much more that the city offers. At several intersections of the holy city, one is likely to come across the ‘street shrines’ where the reverberating sound of qawwalis transports you to a different era. A visit to these shrines presents a beautiful sight of cultural inclusivity.

These sufi hubs have nothing to do with any particular religion. They rather serve as a symbol of brotherhood. Though named as pir di jagah, khangah, dargah and darbar, do not be surprised if you find a picture of lord Shiva hanging besides that of Khwaja Khizr.

Untouched by the present-day polarisation; these sacred spaces have their doors open for everyone who visits here to seek relief from distress.

Blurring the lines of religious identities, these masjids and maseets were once either shut or converted into temples and gurdwaras as a larger chunk of the Muslim population migrated to Pakistan during the Independence era. Now, the street shrines have flourished more and become popular with time.

Many of these shrines have come up more recently at several chowks such as Hussainpura and Celebration Mall. At many places, even the extensions of age-old banyan trees have served as the street shrines.

According to the locals, a few such structures as the one at the Hall Gate Chowk existed even prior to 1947; others came up in the post-Sikh militancy era. Many claim that the government took a keen interest in organising melas at these dargahs to promote peace and harmony in the border state.