India on a platter 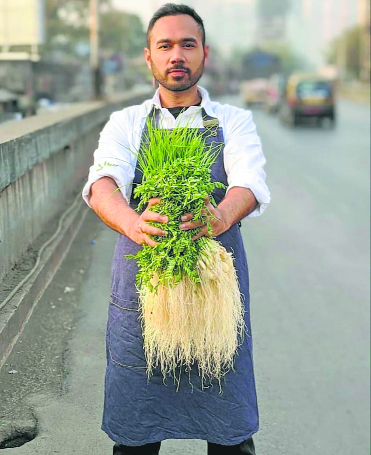 While the pandemic hasn’t been kind to most people, it sure did awaken the curiosity of many who were willing to explore their culinary prowess in the kitchen. That said, for individuals like Saransh Goila of the Goila Butter Chicken fame, this forced downtime enabled him to reignite his passion for cooking through an idea that was originally meant to be a 13-part travel show about street food that the diverse geography of India had to offer. “I wanted to undertake this journey for a while now. On Independence Day, as India celebrated 74 years of freedom, I decided to do a digitised version of this concept,” he says as we began conversing about the increasing level of interest that has been generated around Indian regional cooking.

He firmly believes that while discussion around the significance of food that is hyperlocal has been around for a few years now, it was a matter of breaking stereotypes that surround Indian cuisine on a global level. The proclivity to research further also meant familiarising his followers with food that they may or may not have come across before. Saransh asserts that “every chef has a signature personality attached to the food cooked as well as a strong opinion on ingredients that must be communicated in a manner where the dishes seem accessible and easy to experiment with”. He started out by announcing to his followers to put him in touch with people from various parts of India who could educate him about food that was cooked in their homes or had grown up eating. He also began interacting with local food experts and home chefs who were firm about not adhering to the stereotypical expectation of the cuisine representing their region.

A few interactions and recipe tests later, #74DishesOfIndia was kick started with Ladakhi specialty ‘Skyu’ — a local favourite made with handmade pasta and winter vegetables. Saransh was challenged with finding the right ingredients required to put together these dishes as well as finding alternatives, if needed. “Although I don’t claim any of the showcased recipes to be authentic, yet I try to hold on to the essence of each dish because it is a representation of the culture and history associated with the region it originates from,” he says. One of the key advantages, he confesses, to having a social media audience is the kind of leverage causes like ‘Vocal for Local’ get, a key factor in making his series a gradual success. Simultaneously, he rides high with the newly acquired feather in his cap with Goila Butter Chicken opening its doors to diners in London. Saransh hopes to take this project back on the road soon. “If that doesn’t happen, there can always be a second part because 74 dishes are not enough to represent the beautiful food India has to offer,” he signs off. 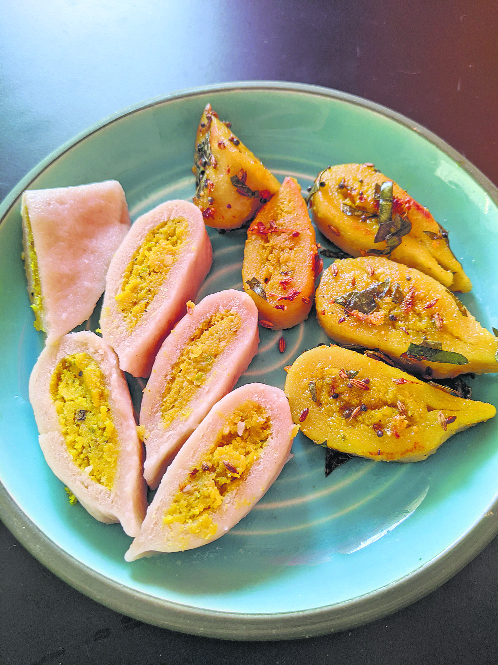 For the dough, mix all ingredients in a bowl and knead to a semi-soft consistency.