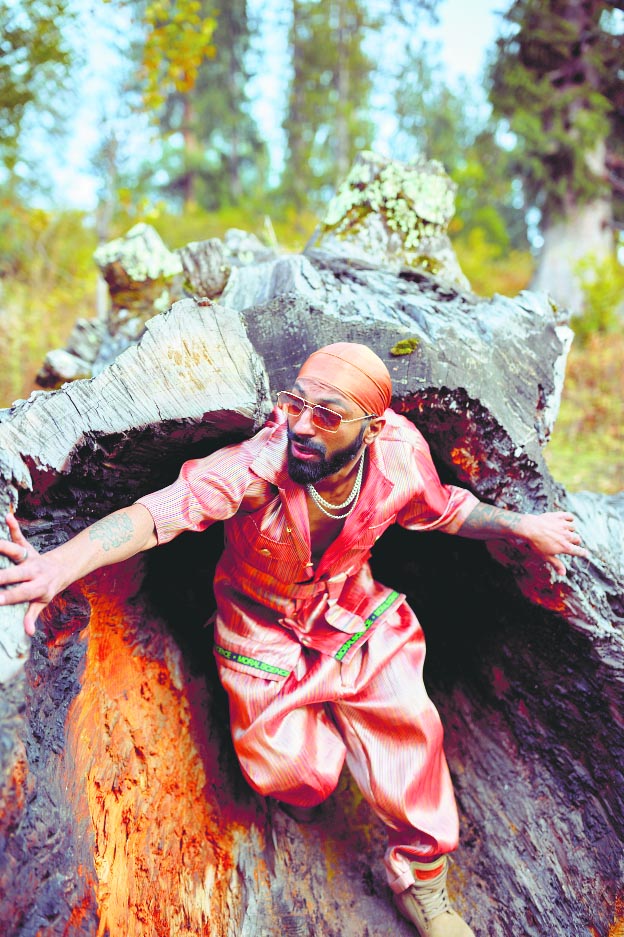 Prabh Deep is discerning with words, but his music says a lot. Widely acknowledged as one of the best underground artistes in the country, the 27-year-old rapper made it big right at the beginning — with his very first album, Class-Sikh (2017). 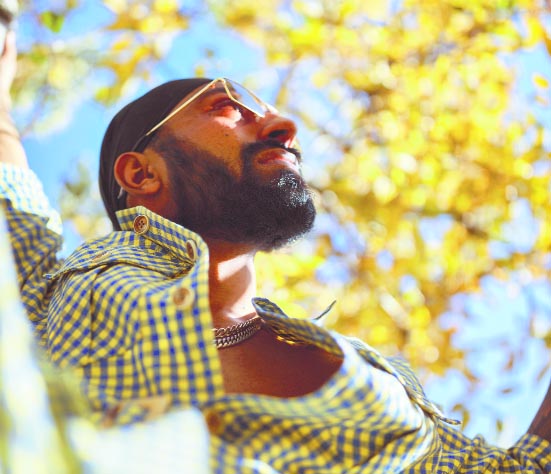 Set in Tilak Nagar, which is home to him, the album painted a vivid picture of growing up in a locality reeling under high unemployment rates and the influx of drugs in the community. The first three singles — “Kal”, “G Maane” and “Kal (Future)” — received widespread acclaim from the press and fans alike. Apple Music featured Prabh Deep under the banner ‘New Artist Spotlight’ and he went on to win the Toto Funds’ The Arts Award for Music in 2018. Thereafter, as they say, there was no looking back.

Prabh was hailed as the next best thing in India’s independent music industry. In the last four years, more titles have come his way. Rolling Stone christened him India’s “most fearless rapper” in its cover story last year. His songs have spoken about students ending life due to pressure of exams and drug overdose (“Suno”), as has he made songs on the Kashmir lockdown (“Elaan”, with Ahmer featuring Sez on the Beat) and blamed governments in US-India for instigating violence (“KING”). He has made a mark in the entertainment industry as well, collaborating with Anurag Kashyap (“Sherni” from Manmarziyaan) and Amazon Prime (Paatal Lok).

With his yet untitled new album, Prabh aims to break into a more mature audience. All this while, he has stuck to his mother tongue, Punjabi; the lyrics simple enough for a Hindi speaker to comprehend. Still, it comes as a surprise that he hasn’t performed in Punjab. “It’s not like I don’t like Punjab, just that I’ve never felt a connection, especially with what’s going on in entertainment in Punjab. The focus is on typical aspects that are just on the surface.” Being unknown in Punjab is not something that bothers him too. “I didn’t grow up there [Punjab]. We are from Peshawar.”

Regarding music emanating from Punjab, Prabh says, “I know people who sold their land and made three tracks thinking they’ll make it big. Now they have no money and are nowhere in the industry. It’s tricky in Punjab. I am familiar with how stuff happens and it is not something I want to do.” He says the structure of the industry in Punjab is not based on talent but rather the money that a label can make off a singer. Nevertheless, he firmly believes the land is full of talent, adding that the volume itself increases competition, making it all about money.

As a Punjabi youth icon, it’s not wrong to draw parallels to his contemporaries from Punjab, especially Diljit Dosanjh. “Firstly, huge respect to Diljit. I don’t know if he knows me or not, but I believe that not many artistes from the industry, especially from Punjab, have proved their relevance in the game for as long as him. I’m actually honoured to be compared to him,” he says. On the respective style and identity that the two of them possess, Prabh says, “My music is not something to dance or party to. It’s for you to listen to and, the next morning, you could wake up as a different person; it’s for you to feel things in a different way.”

Prabh is profoundly aware of the impact that both he and Diljit have, along with the type and scale of their music. As he admits: “I do not think I will ever be able to make it in that zone. I tried to write those kind of lyrics but failed. That is not who I am. I’ve accepted it.” However, Prabh loves what he does. He says he would want to remain a mirror to society and deliver a narrative that is socially relevant to India.

An issue that particularly aches his heart is the 1984 anti-Sikh riots. He lost his grandfather to it. An album on the theme is his main project, he says, one he has been working on for five years. “For me, it’s very personal. My grandma passed away some time back, fighting for justice. This is our last chance. There are many untold stories that I want to tell. I wanted to make this album early but I knew that, as a person, I was yet to grow. Even now, I’m constantly thinking about every word I will use to talk about this.”

While many still mistake hip-hop and rap for being vulgar genres, Prabh Deep is not only breaking the stereotype with his work, he is also driven to create awareness and impact through his music. We’ll just have to wait and see what he talks about next.