Rationing of water a must for sustainability 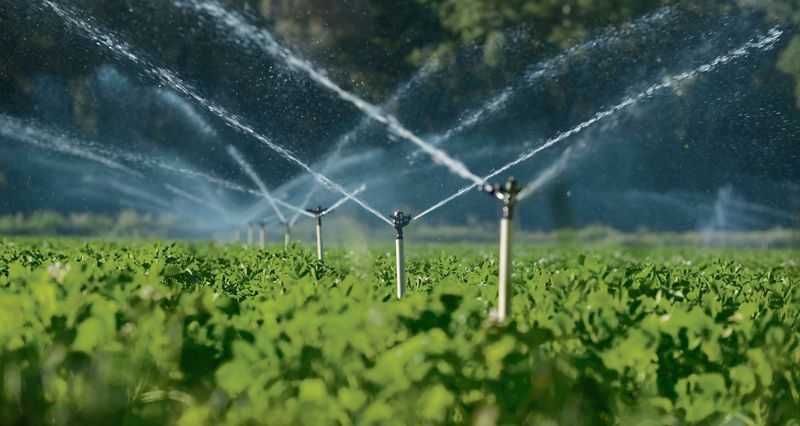 The agricultural sector consumes a major share of water resources of Punjab, both ground as well as surface waters. In general, the farmers use this water extravagantly for irrigation purposes, despite the efforts made to educate them. This is mainly due to the provision of free electricity to the agricultural tubewells. Even the farmers in canal command areas (CCAs) prefer groundwater to surface water due to ease of use. Canal water in CCAs is under-utilised, especially in the central part of Punjab.

WATER resources in Punjab are dwindling both in terms of quantity and quality. It is mainly because of its increasing demand (fast-increasing population and improved life standards) and non-judicious use, especially in the agricultural sector. The erratic pattern and the decreasing amount of rainfall over the years have added to the increasing scarcity of water. The population of the state (around 3 crore) grew by 8.3% during the past decade with an increase in the population density of 600 persons per square km in 2020 from 551 in 2011. This has burdened the already depleting groundwater resources. On the other hand, the average annual rainfall of 490 mm during the period 1970-2020 has decreased to 444 mm during the past two decades (1998-2020). The erratic rains, coupled with the increasing number of dry spells (no rainfall for 10 consecutive days) even during the years of otherwise normal rainfall, has added to a steep fall in the water table depth (WTD). Presently, the WTD has been falling at the average rate of 65-70 cm in the state. The non-judicious use of water for paddy and the increased area under paddy over the past two decades have been playing a major role in the depletion of groundwater.

The water table data in the state indicates that by 2030, the water table in 10 blocks of Barnala, Moga, Patiala and Sangrur districts will deplete beyond 50-m depth, Sangrur being the worst affected district with almost all blocks depleting to below 50-m depth. In addition, 16 blocks in different districts are expected to deplete below 40-m depth by 2030. The WTD in almost half of the state is expected to go below 30 m by 2040 if the groundwater extraction goes unabated at the present rate. Further, about 8% and 19% of the area is expected to have WTD below 50 m by 2030 and 2040, respectively.

Punjab has an annual utilisable water availability of 35 billion cubic metres (BCM) — canal water (14.6 BCM) and groundwater resources (20.5 BCM). The surface water supply has declined over the years due to uncertain and ill-distributed rainfall. The dependence on groundwater has increased more than two times during the past 20-year period, as indicated by the substantial increase in the number of tubewells to 15 lakh. The annual water demand of all sectors, including domestic, industrial and power generation, is about 66 BCM, with a major chunk of it being consumed in the agricultural sector. The rains constitute about 21 BCM of water. Thus, a water deficit of 10 BCM, which is met through over-extraction of groundwater, needs to be minimised by improving the existing water availability and reducing water withdrawals.

Apart from depleting groundwater resources, the energy requirement in terms of electricity and diesel has increased manifold. The electricity subsidy in the state increased from Rs 693 crore in 1997-98 to more than Rs 6,500 crore in 2020. In addition, the farmers spend about 620 crore on diesel generator sets for pumping out groundwater. The energy requirement for groundwater extraction is expected to increase with further depletion of groundwater, apart from the huge amount of expenditure incurred by the farmers for deepening of their tubewells. Thus, there is a dire need to use water judiciously in different sectors, especially in the agricultural sector, so as to sustain water availability for all.

With limited water resources and increasing water demand, it becomes imperative to strategise for the sustained use of water in various sectors. Of all the components of such a strategy, judicious use of water is of utmost importance. For ensuring its judicious use, it is important that water is rationed. Rationing of water means to provide a fixed amount at nominal or no cost, but thereafter charging at enormous rates on volumetric basis. Thus, the minimum required quantity of water, as per scientific recommendations, is provided to the consumers at minimal or no cost. Charging the consumption of water over and above this recommended quantity of water should attract the charges at exorbitant rates. This will prevent non-judicious use of water, thereby leading to its conservation.

The agricultural sector consumes a major share of water resources of the state, both ground as well as surface waters. In general, the farmers use this water extravagantly for irrigation purposes, despite the efforts made to educate them for judicious use of water. This is mainly due to the provision of free electricity to the agricultural tubewells as part of the government strategy to subsidise the input use. However, this has led to non-judicious use of water in the farm sector. Even the farmers in canal command areas (CCAs) prefer groundwater to surface water due to ease of its use. It has been observed that the canal water in CCAs remains under-utilised, especially in the central part of Punjab. To strategise the judicious use of water, the following rationing scheme needs to be adopted in the agricultural sector:

n In CCAs, the surface water allocation should be made available free of cost to the farmers. The groundwater extraction, if done, may be charged as per the differential slab rates on a per-unit volume basis as recorded from the water meters installed on the tubewells.

n To further incentivise judicious use, farmers saving upon the above-said recommended requirement of water through various conservation practices should be allowed to sell the water credits due to them to other stakeholders.

The rationing of water in all sectors, especially the agricultural sector, can do wonders for checking the fast-depleting groundwater resource and ensure its sustained availability in the times to come.