After distilling Vikram Seth’s 1,500-page novel A Suitable Boy, the filmmaker who has given internationally acclaimed films like Salaam Bombay and Monsoon Wedding turns her cinematic gaze towards 20th century’s iconoclast Amrita Sher-Gil and her extraordinary art 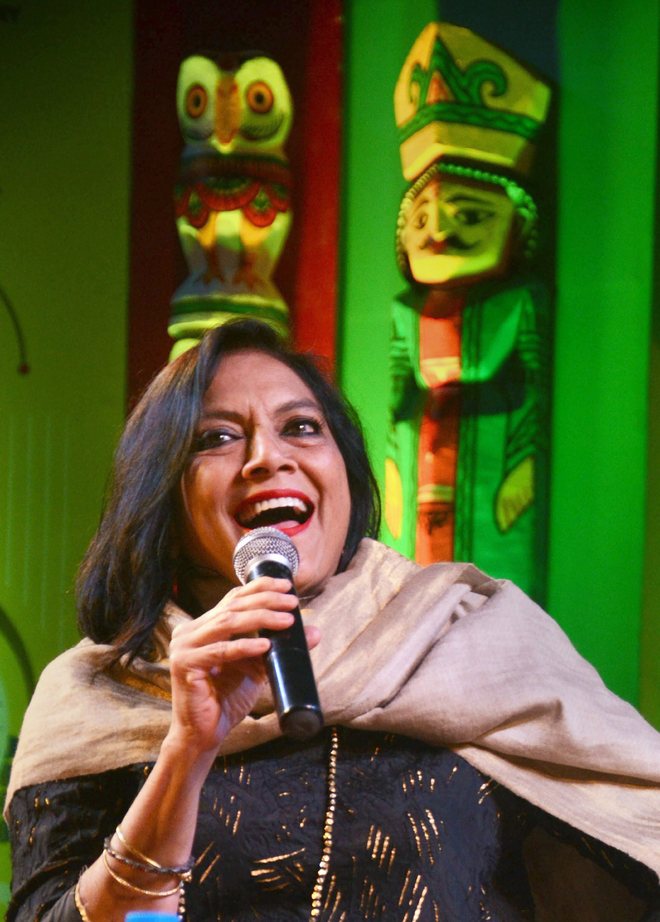 Internationally feted, New York-based filmmaker Mira Nair right now riding on the buzz generated by her BBC series A Suitable Boy, currently streaming on Netflix, is a true blue Punjabi. She laughs easily, doesn’t take herself too seriously or her work pompously, loves Urdu ghazals and Punjabi folk music and is an eternal optimist. Even in the face of adversity, she looks at the upside rather than the downswing. Currently busy creating a biopic on renowned artist Amrita Sher-Gil, in a freewheeling interaction, the filmmaker, who has given us some timeless cinema from Salaam Bombay to The Namesake to The Reluctant Fundamentalist, talks about how beyond aesthetics, beauty and emotions, her cinema is about life.

If you think she deliberately sets out to adapt literary works, she says, “I don’t have a checklist of books which I hope to or intend to adapt. Even though right now I am sitting in my library, it isn’t as if I am going to make a movie out of each one. The Namesake was like a solace to me after I had buried my mother-in-law in New York and could instantly relate to Jhumpa Lahiri’s longing and yearning of immigrants.” Similarly, Mohsin Hamid’s The Reluctant Fundamentalist spoke to her for having been married into a Muslim family she could instantly empathise with the outsider tag and being marked for who you are. As for Vikram Seth’s A Suitable Boy, it was the book’s relevance, the contemporariness of the novel written way back in 1993 and the nostalgia for the period (1950s), it details that did the trick for her.

Can her series that bats for syncretism and harmony, despite the obvious divide, change perceptions in the polarised times we live in? “Well, I don’t think of my work that grandly. But yes, I do hope it can initiate a dialogue.” As her cinema talks about serious issues, yet is bereft of melancholy, we wonder if that is by conscious design. “I don’t want my cinema to be like boring homework; come and take this message. Somewhere deep down, the celebratory aspect of it is also a reflection of my Punjabiyat.”

Often the stories she tells, especially like the classic Monsoon Wedding, are also a means to touch base with the Punjabi in her. Indeed, characters inhabiting two worlds too fascinate her. That could be one of the reasons why she has chosen the 20th century artist Amrita Sher-Gil as a subject for her next film. She says, “Yes she came from the West to the East and settled here in Punjab, while my journey has been in the reverse direction.” Interestingly, Amrita has captured her imagination ever since ever. The fact that here was an extraordinary artist who died so young before she could be truly recognised pains her no end. Can we hope to love Nair’s Amrita? “I don’t create work to earn your love. But yes, I am sure it can inspire others, especially the young, for here was a flame.”

No doubt, work on Amrita’s biopic is a huge challenge but it has begun in earnest. Research has taken her to Amrita’s letters, her photographs, paintings and, of course, the two books penned by Amrita’s nephew Vivan Sundaram, who has given the go ahead to the film. While she already has two screenplay writers on board, the hunt for reel Amrita, too, is on. Refusing to reveal any names, she admits, “there are several in my head.”

Casting may not be half the work done but she agrees is very important as miscasting can mess things up. Her latest A Suitable Boy appears to be a showcase of the very best (name any actor worth his salt and he/she is there), that Indian film industry has to offer.

In hindsight, could she have taken more fresh faces? She takes a slight affront, “But every actor fit the part.” Besides, hasn’t she been always unafraid to try people who have had no intention of ever becoming an actor. If you remember Salaam Bombay and bunch of child actors who came through workshops, she reminds us of Kamini Khanna (Monsoon Wedding) whom she discovered in a park in New Delhi. She is mighty proud of her two latest discoveries, the female lead Lata played by Tanya Maniktala, whom she describes as ‘dewdrop in motion’, and Joyeeta Dutta (Tasneem), who she is positive is going to be a star.

Blending stars with new talent is a process she truly enjoys, even as one star seems to be a clear favourite. She shares, “No doubt Tabu is a dear friend. But I cast her for only she could distil Saeeda Bai. with just one ada.” And Nair can suffuse her work with such riches.

Much of what we see in A Suitable Boy is poetic, so visually sumptuous and aesthetic. Do women directors have a distinct signature? “I would hate to generalise. Men can be as sensitive. But having said that I must say I will never portray woman as whimpering or not standing up for herself. In my films, she will always be a beating heart.”

So those of you who are marvelling at Lata’s choice of the suitable boy and reading it as an endorsement of arranged marriage, she begs to differ rather vociferously, “Without naming him, I would say he represents the real spirit of modern India.” Dare we say Nair herself represents cross cultural cinema rather is often hailed as the diva of the same? She smiles, “Well, titles are for you to give…”

All she knows is she has the rhythm of amalgamation and her works are a counter to the western eye. Also when she gets into the specifics of culture, “Local becomes universal.”

As it did with Salaam Bombay from which she draws till date and, of course, the quintessential Monsoon Wedding whose musical adaptation for stage will soon premiere in India. Perhaps, it will come to City Beautiful too. Till then she tells her Punjabi admirers, “Keep the spirit of largess, the world so needs today, alive.”

If Monsoon Wedding figures as one of your favourite films, here is good news for you. Its musical stage adaptation with fresh songs composed by none other than Vishal Bhardwaj is all set to premiere in India. Guess what, Nair is not only keen to bring the musical to City Beautiful, she even has a story around Chandigarh in her mind. But for now, it’s Amrita that her creative energies are channelled towards. On whether Amrita’s art or the colourful persona take precedence, she says, “Artist makes the art.”