Remembering RK Narayan, the magician of Malgudi, on his 115th birth anniversary 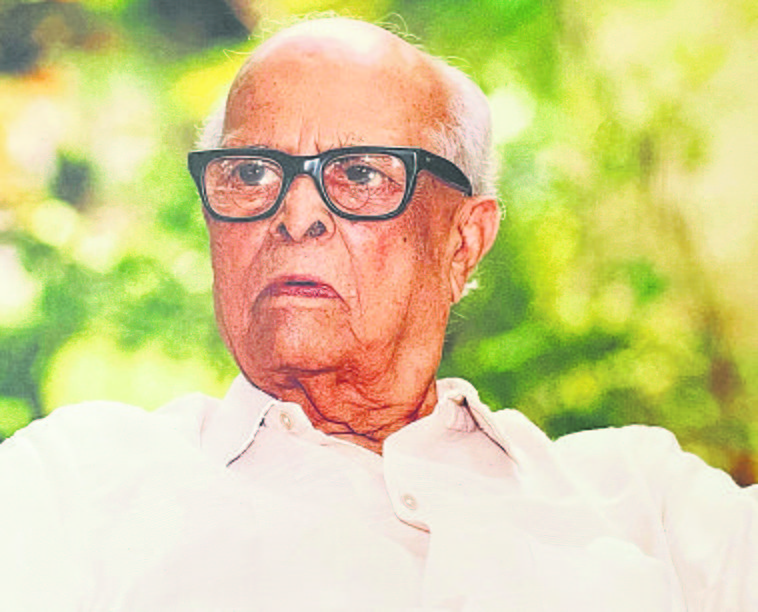 Some stories never fade away. Malgudi, the fictional home of RK Narayan’s stories, is universal and eternal. Geographically defined by Kabir Street, Lawley Extension, Mempi forests and peopled by Swami the school boy, Sampath the printer, Jagan the vendor of sweets, or Vasu the taxidermist villain, it’s the typical small-town India that becomes alive in these descriptions.

The master storyteller of Malgudi would have turned 115 on October 10 this year. Rasipuram Krishnaswami lyer Narayan Swami hid a long name behind his initials. Born in Madras in 1906, he spent his early childhood at his grandmother’s house amid the company of pets, besides listening to the engaging narrative of epics and fables by her. On joining his family, headed by the disciplinarian headmaster-father in Mysore, he had pampered access to books in English from the school library.

In 1935, he managed to publish his first novel, ‘Swami and Friends’, on recommendation of his promoter Graham Greene. His real breakthrough as a writer came with the publication of ‘The English Teacher’, often considered his best work. Based on the traumatic experience of the death of his wife, the novel is poignantly autobiographical. So were his previous two books — ‘Swami and Friends’, a delightful insight into the travails of a small boy in a small town, and ‘The Bachelor of Arts’ inspired by his own laidback college life. As Narayan discovered his genre and voice, tragi-comic irony, he became a writer in full flow. Other notable books that followed were ‘Mr Sampath’, ‘The Financial Expert’ and ‘The Guide’, considered by many as his most popular novel, also turned into a film. Interestingly, my own introduction to Narayan was when I heard my father chuckle to himself while reading ‘Mr Sampath’ and ‘The Financial Expert,’ serialised then in the Illustrated Weekly of India.

These were followed by ‘The Man-Eater of Malgudi’, ‘The Vendor of Sweets’, ‘A Tiger for Malgudi’, ‘Talkative Man’, ‘Painter of Signs’ and ‘The World of Nagaraj’. His last work was the ‘Grandmother’s Tale’ (1993). In all, he wrote 15 novels, five volumes of short stories, a number of travelogues and collections of non-fiction, an English translation of Indian epics and the memoir ‘My Days’. His endearing characters were described by VS Naipaul as “small people, big talk, small doings”. In writer Pico Iyer’s words, RK Narayan is “engagingly amused and indulgent” towards his characters.

In his lifetime, he won numerous awards, including the Sahitya Akademi Award for ‘The Guide’ in 1958 and the Padma Vibushan in 2000.

Narayan built a house in Mysore (now Mysuru) where he lived from the 1950s to the 1990s till his failing health made him move to Chennai to be with his daughter. On a visit to Mysore a few years back, I visited his house as a literary pilgrimage. Narayan described it in ‘My Days’: “I had designed a small study — a bay-room with eight windows affording me a view in every direction: the Chamundi Hill temple...  sheep and cows grazing in the meadows on all sides. Such perfection of surroundings, as I had already realised in my college days, was not conducive to study or writing.”

To honour this son of Mysore, his house was converted into the RK Narayan Museum in 2016. The museum showcases personal memorabilia of the writer, who spent nearly four decades there, living and writing.

His Chennai-based granddaughter Bhuvaneshwari (Minnie) recalls, “He might have been one of the most important writers of his time, but to us, he was just a grandpa... He was very particular about his coffee, especially the 3.30 pm cup. It had to be made perfectly, and he enjoyed conversations over it. He was certainly a great storyteller; full of anecdotes and humour. He would often tell us long narratives about the extraordinary character that his grandma was; which later he also turned into a book.”

He usually wrote in the afternoon, or sometimes scribbled some notes or corrections around 11-11.30 am. He had no full-time secretary. Many of his manuscripts were typed by Minnie, who was adept at reading his rather difficult handwriting.

She carries her legendary grandfather’s legacy lightly, yet takes her responsibilities as the torchbearer of Narayan’s home-grown enterprise, Indian Thought Publications, very seriously. To mark Narayan’s birth centenary in October 2006, it had brought out a limited edition collector’s item of his autobiography, ‘My Days’. It is embellished with Narayan’s gifted brother RK Laxman’s evocative illustrations that bring alive the Malgudi visually, just as he had done for Narayan’s early columns for The Hindu, and all Malgudi books subsequently. So brilliant are the illustrations by RK Laxman, whose birth centenary falls this year, that these inspired a group of international scholars to descend on Mysore to hold a seminar on “Malgudisation of reality”.

In May 2001, RK Narayan was hospitalised. A few hours before he was put on a ventilator, he had been planning to write his next novel, a story about his grandfather. Narayan died at the age of 94.

RK Narayan and his Malgudi live on. “Time is mostly suspended in this world —there are no clocks — and very little changes,” just as Graham Greene had said.