Shimla’s municipality is one of the oldest in the country, dating back to the mid-19th century. The town’s magnificent natural setting was enhanced by its architecture, and ironclad civic governance. But that was once upon a time. For decades now, Himachal Pradesh’s capital city has been confronting the perils of prosperity 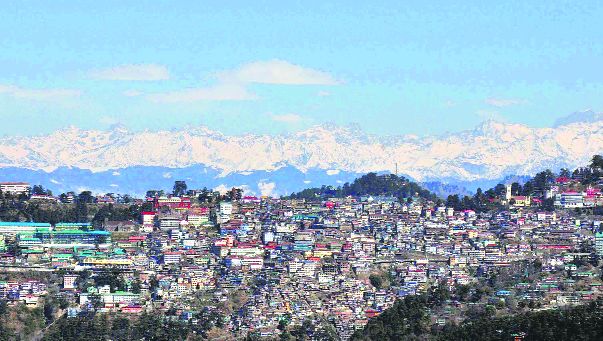 When Shimla leapfrogged over 91 other cities in a single year to emerge as the ‘most liveable city’ according to the Government of India’s Ease of Living Index (EoLI), many were surprised. Among those, somewhat nonplussed, were also the people and authorities concerned in the town. A journalist friend from Delhi sent a message, “How did this happen? What are the great changes that have taken place in a single year?” Somewhat airily, I replied, “All the other places slipped.” On a serious note, how did Shimla leap and clamber past a host of the 111 participating cities? 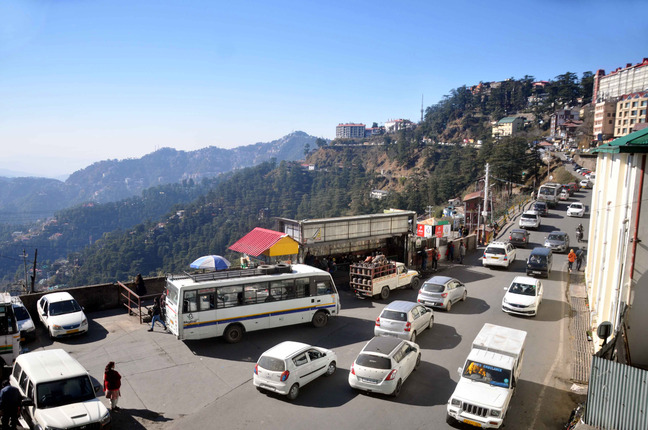 As Minister of State for Housing and Urban Affairs Hardeep Singh Puri’s statement sent some into a tizzy and others into a state of euphoria, a couple of incidents came to mind. A few years ago, I met a young couple from Mauritius whose ancestors had gone to that island as indentured labourers from Bihar. They had heard stories, obviously passed down a few generations, of what a wonderful place Shimla was. It had been the dream of their elders to one day visit that almost-fabled town and now, these two were here to examine first-hand what they had heard. Disappointment was written across their faces as they waded past touts, traffic jams and water shortages; they left carrying a less than complimentary impression of the town. 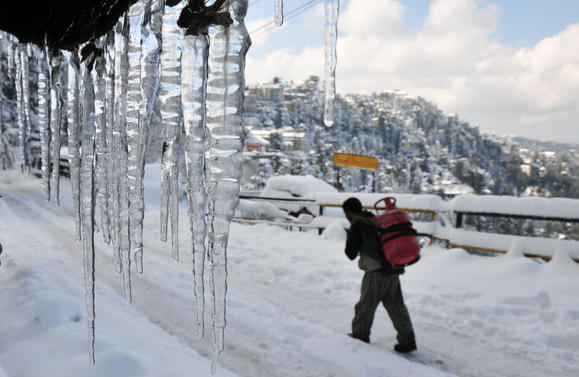 The one incident that truly stood out was of the time when a good friend was looking for a bride. The prospective in-laws arrived when Shimla was at its most beautiful and yet, at its most vulnerable, for a blanket of snow had just covered it. Walking through snow was a new experience for them, as were frozen water pipes and chilled finger-tips. They left with the parting shot that they did not want their daughter to live in such a place and in such discomfort. Concerned parties consoled themselves in the knowledge that this was subjective and did not reflect a wider opinion.

Much to look back at

Historically, that Shimla should take its place in the municipal sun has ample justification. Its municipality dates back to the mid-19th century, making it one of the oldest in the country. Preceding this, some sort of civic regulations, mainly pertaining to water that was drawn from various springs and streams, had appeared in the 1830s. These early enactments preceded the visit of the British Governor General, William Bentinck, and were designed for the comfort of his person and entourage. The arrival of piped water in the 1880s, electricity in 1911, and water closets and sewage systems in the 1920s ensured a better life for the cream of the town’s society. Dalits still lived in abysmal conditions and even Gandhiji was deeply saddened when he learnt that ‘night soil’ was still carried by head-load in most places.

By the dawn of the 20th century, Shimla had captured the popular imagination in India and overseas. This was a town that had a magnificent natural setting which was enhanced by its architecture — and by ironclad civic governance. This situation remained well into the post-colonial years and perhaps, for the average Indian living in Shimla, the period from the 1950s to the late 1970s was the best time to be there. The snobbishness and racial divide of the Raj had gone, but the old-world charm and grace was still there at a heftily discounted price. If a similar index had existed in those years, and had placed Shimla at the top of the class, it would have come as no surprise.

Then it began changing. From the 1980s, the town witnessed rapid and often unregulated growth. Structures of exemplary ugliness began filling the hills and slopes, and halos of garbage surrounded them. To arrest and reverse this decline would be, to put it mildly, a challenge.

While building works have continued without fear of authority, or of subterranean tremor and consequent catastrophe, a couple of seemingly small local measures have proven significant — like the ban on plastic and door-to-door garbage collection. These have been followed by national programmes like the Atal Mission for Rejuvenation and Urban Transformation (AMRUT) and the Smart Cities. While the change may not be consciously apparent to those who live there and see things on a day-to-day basis, it has been pointed out that the Shimla of today is cleaner, and far better than what it was a decade or so back.

Rajneesh, Himachal’s Principal Secretary (Urban Development), feels that the decisive moment that led to Shimla gaining the preeminent position of EoLI stemmed from the jaundice outbreak of 2015-16. This led to major rethinking within the government. The chronically-ill water supply system was revamped and today, both quantity and quality have been positively impacted. Disparate funding has been channelled optimally. Through the Covid months, there was no slackness of civic services and if anything, this was taken as an opportunity for all-round improvement — and services were enhanced all across Himachal. At the same time, provision was made to provide a level of minimal employment in the Shimla urban area on a pattern similar to the rural MNREGA scheme. He says, “While the parameters have altered between the surveys of 2018 and 2020 which have given Shimla an edge, this position, as the Number One city with a population of less than a million, is perfectly valid.”

The original reason for Shimla’s creation is gone. This is no longer a colonial retreat or the preserve of an exclusive few. A considerable chunk of the town’s population has moved to what were once suburbs — New Shimla, Tutu, Bharari, Bhatta Kuffer and numerous others. When you take the ‘toy train’ from Kalka to Shimla and as the town swings into view, the vast expanse of New Shimla is what seems to be the actual settlement. When the older section comes into sight, and both are placed side by side, it seems almost like an afterthought.

The result is of two sizeable towns, both substantially different in character, architecture and priority that inhabit the same geographic space. New Shimla and the suburbs of yesteryears are vehicle-driven and engine-dependant; the older Shimla — the ‘real’ Shimla, if you will — fortunately, remains pedestrian. Numerous informal conversations with the residents also reveal other matrices. For good reason, ‘Old Shimla’ sets great store by its heritage; New Shimla looks at opportunity and change.

As an example, the Mall has recently been scarred by a series of paintings done along the age-old retaining walls which, with altering seasons, held mosses, fleabane, sorrel and a host of other plants. These paintings, which reflect elements of life and monuments from the district, would have been appropriate and could have enhanced a section of New Shimla. Here, they are completely out of context and serve only to mar a distinctive heritage precinct. It is only a matter of time before these paintings will become even greater eyesores as cracks will appear, as will weather-induced botches.

Over the coming three decades, half of India’s population is expected to be urban-based. This is going to require multiple layers of innovation, management and resilience. Many of these cities will trail existing urban clusters that are expected to expand, and others will be brand new ones. Read in the context of Shimla, several will also have characteristics that are unique to them and will not fall into a box of readymade matrices. Heritage, sensitive eco-systems, religious, social and historical factors compel them to be shifted out of pre-mixed benchmarks.

While as delightful as a windfall by way of an inheritance from an unknown relative, there is a more than meets the eye at how Shimla arrived at this position. Surveys, indices and rankings depend on the weightage given to variables. Or to a change of template. Both have happened in the EoLI. A separate Municipal Performance Index has also been introduced.

Held about a decade ago, it was a comparison test between three sports cars conducted by the influential American magazine Car and Driver that impacted the methodology of almost every subsequent survey conducted across the world for just about anything. The three contending cars were the Lotus Evora, the Chevrolet Corvette Grand Sport, and the Porsche Cayman S. The magazine noted, “The range of these three cars’ driving personalities is as various as the pyjama sizes of Papa Bear, Mama Bear, and Baby Bear, but a clear winner emerged nonetheless.”

Subsequently, tearing into this survey, The New Yorker noted that appearance matters considerably in the sale and appreciation of sports cars. Car and Driver had given only 4 per cent to exterior looks. The New Yorker noted, “In other words, in trying to come up with a ranking that is heterogeneous — a methodology that is broad enough to cover all vehicles — Car and Driver ended up with a system that is absurdly ill-suited to some vehicles.” Much the same could be said of countries, holiday resorts or of cities.

The EoLI is expected to provide ‘a comprehensive understanding of participating cities across India based on quality of life, economic ability of a city, and its sustainability and resilience. The assessment also incorporates the residents’ views on the services provided by the city administration through a Citizen Perception Survey’.

What seems to have swung in Shimla’s favour is the survey, introduced for the first time and carrying a substantial weightage of 30 per cent. The remainder is taken by outcomes connected with living conditions through ‘pillars of quality of life, economic ability and sustainability’. These span the categories of education, health, housing, water, sanitation and hygiene, solid waste management, mobility, safety and security, recreation, level of economic development, economic opportunities, environment, green spaces, and buildings, energy consumption and city resilience.

The present index is no guarantee that this position shall hold good indefinitely. In the coming years, if the variables of the EoLI are changed, Shimla’s position can also alter. One way or another, smoke cannot replace substance and the cosmetic will always have to be backed by the substantial.

— The writer is a Shimla-based author