From the Billboard charts to YouTube, and Spotify to Sound Cloud, South Korean music band BTS has taken over every platform imaginable 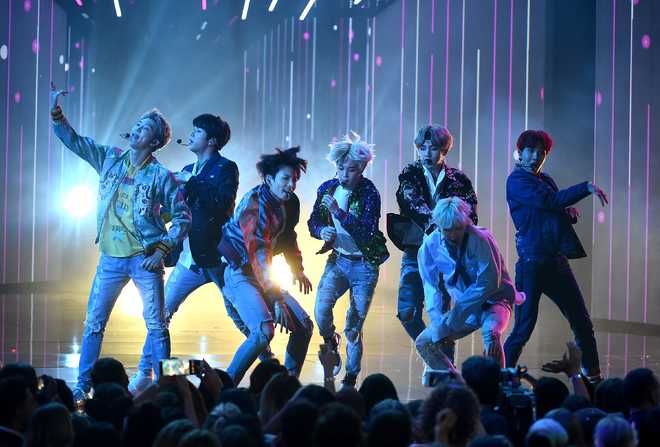 “Dream, though your beginnings may be humble, may the end be prosperous” — BTS

I was introduced to BTS (Bangtan Sonyeondan) a few years back by my elder daughter. Initially snubbed as any other teeny-pop band singing about love and heartbreaks, little did I comprehend the phenomenal magic that was soon going to take over the globe. The seven-member group from South Korea, comprising Kim Tae-hyung (better known as V), Jung Ho-seok (J-Hope), Kim Nam-joon (RM, Leader), Kim Seok-jin (Jin), Park Ji-min, Jeon Jung-kook, and Min Yoon-gi (Suga) has been on a trailblazing path since its debut in 2013, each year proving superior than the last. Gaining recognition from its original, self-produced music and top-notch performances to the way it interacts with its fans, the band has established itself as global superstar breaking countless world records. Its branding prowess is undeniable, and the result is an enormous international fan base nicknamed ARMY (an acronym for Adorable Representative MC for Youth), consisting of millions of people that span various ages and cultures.

BTS slowly made its way to different parts of the world. The group made its first appearance at Billboard Music Awards in 2017 where it won the Top Social Artist award. In 2018, the group announced the Love Yourself World Tour spanning across regions, including the US, Canada, the Netherlands, Germany, Japan, Taiwan and more. In the same year, BTS released its third studio album Love Yourself: Tear, which debuted at number one on the Billboard 200, becoming the first Korean album to top US charts.

BTS’ course to superstardom was paved by South Korea’s wave of cultural exports to the West, from music to television dramas to elaborate fashion routines. The K-pop world has seen phenomenal growth in the 2010s, with other artistes like Blackpink, PSY, EXO and Tomorrow x Together, reaching milestones in the global music industry. From the massive success of Gangnam Style to the introduction of a K-pop award category at the MTV VMAs, what once used to have a smaller, cult following, become an internationally popular genre.

Just as Abba had a massive effect on the Swedish economy in the 1970s, BTS has measurably revitalised the Korean economy and the global music industry. In 2019, the group reportedly brought in $4.65 billion for the South Korean economy through physical album sales, merchandise and concert tickets. The band is currently worth 0.3 per cent of the country’s GDP.

In April 2019, BTS became only the third group in 50 years to have three number one albums on the Billboard 200 charts in less than 12 months, joining the ranks of The Beatles and The Monkees. The group has also appeared in various power listings. It was were included in Time’s list of 25 most influential people on the internet from 2017 to 2019 and featured on the magazine’s international edition cover as Next Generation Leaders. The band was listed as one of Time100’s most influential people in 2019 and ranked in Top 50, on Forbes’ annual list of the 100 highest-paid celebrities. BTS also positioned first on the list of ‘Top Rank Global Sustainable Future Leaders’ at the United Nations headquarters, while BTS’ fanclub, ARMY, was noted as the ‘Top Rank Sustainable Global Group’. Interestingly some other notable people included in this list were Malala Yousafzai and Bill Gates.

In continuation of their Map Of The Soul series and their world domination, BTS released Map of the Soul:7 earlier this year. The 20-track album which blends genre skillfully, from rap of Interlude: Shadow, to the contemporary beats mixed with traditional Korean instruments on Black Swan, effectively shows off the group’s remarkable versatility. Each of its albums have topped its predecessor, and the fourth full studio outing looks to be no exception, with all 20 of its titles landing in the Top 20 of iTunes’ top songs chart within hours of release. The album is the group’s reflection on the past seven years since its debut and shows a deeper level of maturity by looking at hardships in its journey to become global icons. BTS’ fans, ARMY, remain at the heart of their music.

BTS has managed to gain immense popularity in India as well. There are several Indian ARMY and Bangtan Clubs eagerly waiting to see their idols perform here. Recently, Indian fans got #BTSTourInIndia trending on Twitter to catch the group’s attention and it ended up being on the trending list for more than 24 hours.

Like virtually every other touring artiste in the world, BTS was forced to cancel its sold-out Map Of The Soul tour this year in the face of the pandemic. Big Hit Entertainment announced that BTS will live-stream on June 14 for a 90-minute concert, dubbed as Bang Bang Con The Live. Slated to be an historical event, the concert will continue to nurture the special connection with their fans worldwide. Whatever they do and wherever they go, the ARMY will remain the heart of their music. 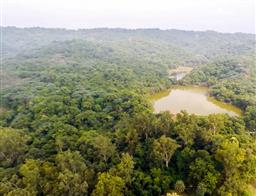