The end? Wrapped in beauty of rich flora and fauna, the scenic Ram Bagh has been tinkered with.

Coursing through years, the gormless raising of structures within the premises and delayed preservation works have splintered the soul of the garden. Tribune correspondent PK Jaiswar and lensman Vishal Kumar take it from here. 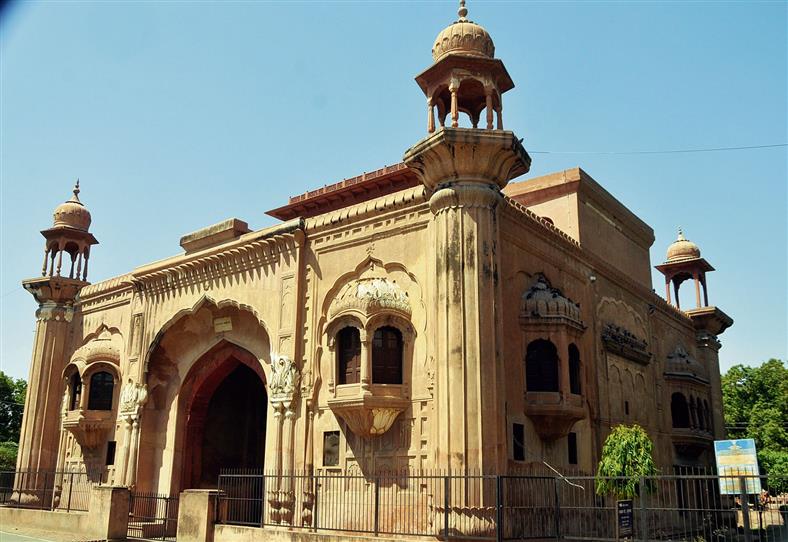 Nothing seems to be protected at the ‘protected monument’ of the Summer Palace of Maharaja Ranjit Singh, also known as Ram Bagh . The historically important garden is considered an oasis amid a concrete jungle. According to conservation experts, the legendary Sikh ruler used Mughal pattern and got many buildings and forts constructed in the city.

The Ram Bagh was constructed on the pattern of Shalimar Bagh in Lahore. It was named after fourth Sikh master Guru Ram Das. After the annexation, the British renamed it as Company Bagh. The building housed DC’s office and later it was converted into a museum.

The entire complex, including the Summer Palace, watchtowers, Hamamghar, Machhi Ghar and two gateways were declared as a protected monument by the Punjab Government in October 1997, while it was also declared a monument of national importance by the Indian Government in 2004.

Despite this, the heritage garden witnessed many mindless changes — thanks to the authorities who raised many concrete structures on the premises. The garden which was rich in its flora and fauna has lost much in absence of any care.

There are two similar structures on the eastern and western sides of the Summer Palace. It was located on the eastern side of the palace. Originally, it was a record room for the staff of the Maharaja’s darbar. However, the British after annexation opened an aquarium and therefore it later became popular as Machhi Ghar.

It is located on the western side of the Summer Palace where Maharaja’s staff used to stay.

Made of red sandstone, it was preserved by the ASI.

Panorama is a visual documentation of life and victories of the legendary ruler. The main attraction of the panorama is a gigantic 12m tall and 100m-long panoramic painting depicting six major battle expeditions of the Maharaja. The battle expeditions depicted in the painting are supplemented by large circular foreground diorama displaying numerous mannequins of prominent warriors, soldiers, animals, weapons and so on. A specially designed creative illumination of the large painting and the foreground diorama, supported by battlefield sound effects in the background enhances the level of the experience of the viewers. The Maharaja’s grand darbar in Lahore has been recreated in the panorama hall through a large three-dimensional dioramic presentation where Maharaja is seen with his chiefs, nobles and also the poor and destitute.

This is one of the main entrances to the Summer Palace which is currently under the occupation of the Archaeological Survey of India (ASI) which has ‘preserved’ four watchtowers, Baradari, Hamamghar and Machhi Ghar. As per the ASI, Deorhi comprises fortified citadel having the Darbar Hall in the centre, two pavilions on the eastern and western sides and two gateways on the northern and southern sides. Its facade contains beautiful projecting balconies, decorated with ornamental floral designs in lime plaster. Towers surmounted with kiosks are added at corners on both inner as well as outer sides. A beautiful Baradari built in red sandstone and decorated with floral and geometrical designs stands on the terrace.

The main heritage structure where the legendary Sikh ruler used to live during his visit to the holy city while travelling to Lahore has been under preservation for over a decade. The Punjab Heritage and Tourism Board is currently preserving it. As per officials, the conservation work was near completion; the deadline has been extended several times. According to them, it is now likely to be finished by June. Later, the government planned to open a museum in the building.