The warped future of technology in Black Mirror 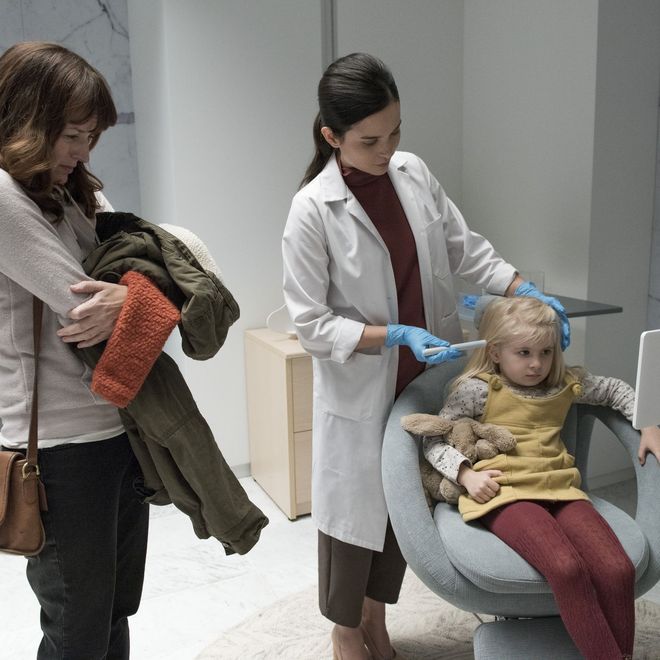 “It’s my life…Mind your business and leave my business…”

But not anymore! The 1992 song has been inundated by the world of Black Mirror and the “my”, the “private” and the “personal” come crumbling down, gradually but surely. Disturbing yet intriguing, the science fiction series being aired on Netflix pans out the worst tendencies of our society and where we might be heading, courtesy the technology.

Black Mirror, created by Charlie Brooker, while exploring our warped future, suggests that our virtual selves have lives of their own, existences that are recognised through surveillance and identities “housed” within the formulations that eerily displace the established perceptions of self, place and home. The means to power is now the “personal data” which when wrought in the hands of the Other or the State leaves human existence in a bleak state of affairs, as the dystopian television series envisages.

While almost every State upholds the Right to Privacy and even has laws to protect its violation, privacy remains a “concept in disarray”, difficult to comprehend and articulate. In the new order of the day — surveillance capitalism — the private is always under the gaze, most of the times with the ‘consent’ of the subject without he or she actually being aware of how much intrusion is being allowed.

Several episodes of Black Mirror, with each being an independent story, focus on how the cutting-edge technology not merely facilitates modern conveniences but traps people in virtual captivity. In the episode “Arkangel”, a chip technology called ‘Arkangel’ allows the mother in the episode, Marie, to keep a check on her daughter, Sara, and censor certain images and track her acts. While the system is initially successful, some flaws lead to serious problems. As Sara becomes a teenager, parental surveillance, at its extreme, begins to choke her. In “The Entire History of You,” people have devices implanted in them that monitor and record everything they experience. The episode ends up revealing some ugly truths about people and their behaviour. It reveals the possible outcomes of constant surveillance and consequences of losing control of private information gathered by these surveillance systems. In “Shut Up and Dance”, a hacker captures people’s secrets and blackmails them by making them perform a series of tasks, each growing more disturbing and extreme. How far will people go to keep their technology usage private? There would be no filters to a hacker’s access to sensitive and personal information.

With technology being the protagonist in all seasons, Black Mirror is fascinating and disturbing. What remains interesting is that the situations and the settings of the episodes are quite familiar but are pushed to the farthest limit in the dystopian future.

In the episode “Fifteen Million Merits”, Bing Madsen exists in a constant state of surveillance, with an unseen authority monitoring his every action, including trivial routines like brushing his teeth or urinating. Each activity he undertakes — feeding himself, performing the rituals of personal hygiene, even skipping an advertisement — costs him a currency called ‘merits’, which he earns by pedalling a stationary bicycle in front of a screen. There is no privacy left. The man on the street would rationalise the encroachment upon one’s privacy saying that his needs are better understood and facilitated for, but it could also be interpreted as using or rather appropriating somebody’s personal information for another’s benefit. Is the cost limited to needs being met? Perhaps not! One is bound to feel violated and exposed, lose peace of mind and be agitated and freak out knowing that nothing remains private.