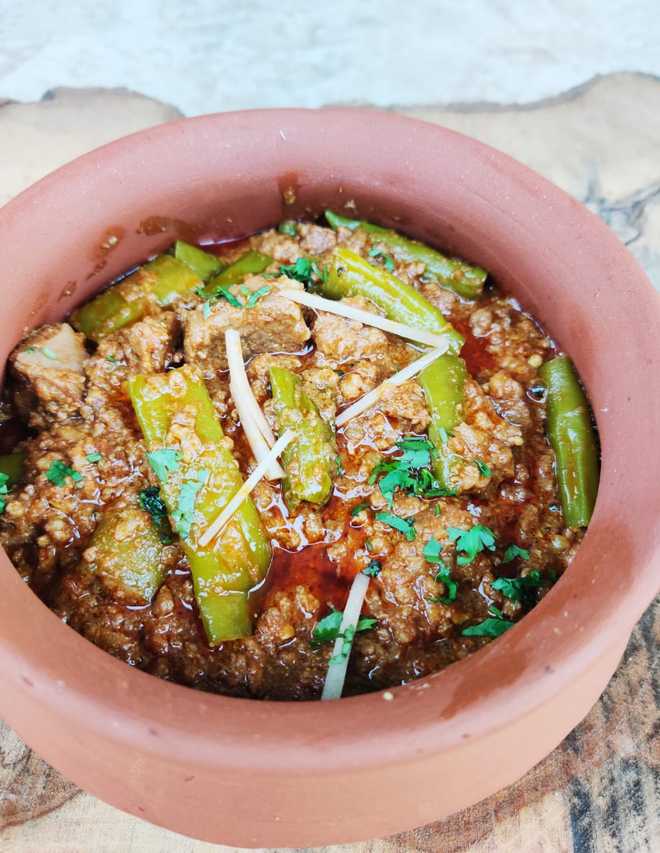 We have always had a weakness for mince — be it in the form of kebab, kofta or in a pie or patty. The good old keema kaleji curry makes us drool and, of course, the role that mince plays in rara gosht is nothing short of stellar. We have enjoyed keema samosa and keema pulao but have found mince delicacies missing from restaurant menus in the recent times. The reason, it seems, is that customers are apprehensive about the quality of meat that goes into the mince. The thumb rule should be: procure from a butcher trusted over time and try to get it minced in front of you, preferably not in a machine but done manually with a heavy cleaver from boneless chunks. And in there we digress again!

Now, what do you cook after you have laid your hands on the mince? Kebab and kofta are too complicated for a person as lazy as the writer of these lines. In winters, we like to pair it with methi or a little bit of saag. And when the rains come calling, we treat ourself to hari mirch ka keema. When we had it for the first time, it had been done to perfection at the royal spread laid out for his guests by Tika Aishwarya Singh of Kangra in Himachal Pradesh. The recipe was given to him by his father-in-law, scion of the erstwhile royal house of Sailana in Madhya Pradesh. We dare not experiment with that sublime classic. Hence, what we offer our readers is a simpler home-style recipe from a friend’s family repertoire.