‘What he is doing comes from that space – langar sewa’

‘Amritsar has taught me specialisation, New York survival. What’s closest to my heart is karah parshad. It’s our legacy & heritage’ 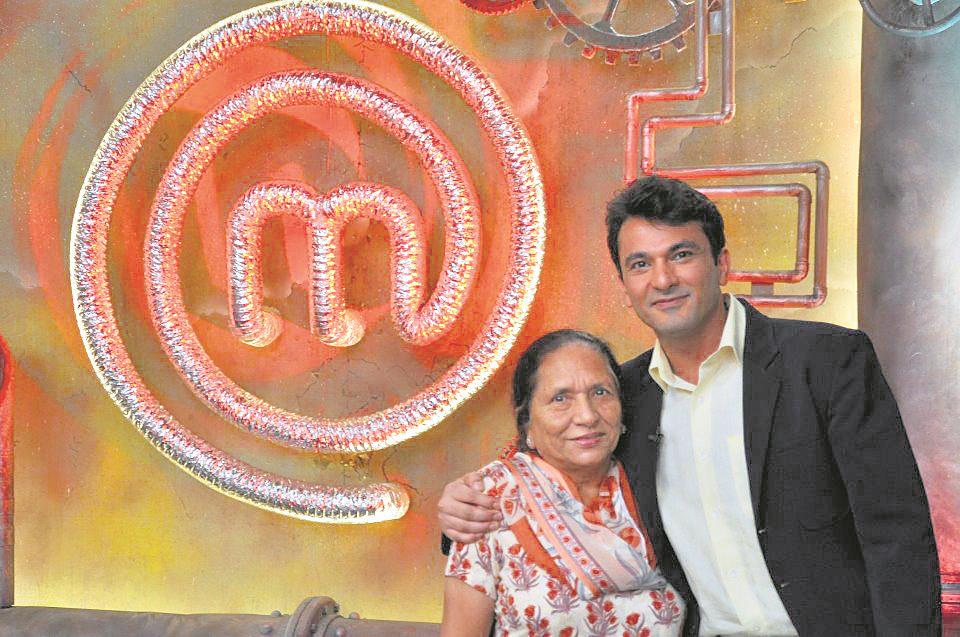 Vikas with his mother, Bindu Khanna, anchor who keeps him rooted.

For a Michelin star chef who has served the likes of Barack Obama, Dalai Lama, Queen Elizabeth, Vikas Khanna’s favourite food — the humble, home-cooked dal-chawal — is a reminder of the man’s modest lifestyle. “He can eat dal-chawal seven days a week. It’s his all-time favourite, ever since he was a child,” says his mother, Bindu Khanna (70), based in Amritsar.

According to Bindu, “Our backyard was host to several impromptu feasts as Vikas’ friends and neighborhood kids would gather around and he’d cook for them. Many times, a few of our neighbours would call him to taste a new recipe they tried at home. He was fondly called ‘pandat’ by one of our neighbours because he was a simple, sorted kid, ready to help everyone.”

His elder brother Nishant, an educator, agrees. “As a kid, Vikas was always empathetic, feeding strays, birds and the needy. For many, what he is doing now might be a new concept but growing up in Amritsar, we always learnt to share our graces.”

Not the brightest of kids in school, his mother recalls how Vikas would spend most of his time after school cooking, along with his beeji (grandmother). “Vikku,” as his mother fondly calls him, “was always sentimental and inclined towards creativity. He was different from other kids as he was always doing chores that people at that time did not deem fit for a boy. He learnt knitting from his grandmother and would make sweaters. He learnt sculpting and would do wooden sculptures. A wooden Ganesha that he made is still displayed at Salaam Bombay, an upscale restaurant in New York where he worked.” He was born to beat the odds, she says. “Even when he started Lawrence Garden Kitchens, his small catering business, from our home, many doubted his choice of career as it was not seen as a respectable line of work. When he told me about his decision to become a chef, I too was a bit taken aback. I asked him — “Kya tu abb bawarchi banega?”

The first time, says his mother, her son’s culinary skills stunned her was when he cooked bhindi for her. “It was the best bhindi I had ever tasted, Vikas was seven or eight years old that time and I knew then that he would go places.”

His passion for food and service came from his beeji. In his ancestral home, his room was close to beeji’s room and both of them would spend hours in the kitchen, where Vikas would watch her cook.

Bindu says that he still misses his grandmother, who was one of the most influential persons in his life. ‘Beeji passed away in 2013, and two years later, his father passed away. Vikas still has not come to terms with his father’s death.”

As for Vikas, his mother says that her son has always managed to surpass her expectations. “I still cannot believe what he has managed to achieve. He is still childlike, simple and ready to help anyone who comes to him.” Even with Feed India campaign, Bindu shares that Vikas is following his heart. “As a kid, he would often go to the Golden Temple to perform langar sewa. What he is doing with Feed India is something that comes from that space, with the belief that no one should remain hungry,” shares Nishant. One cannot get more Ambarsari than that!