Why shikanji is not nimbu-pani 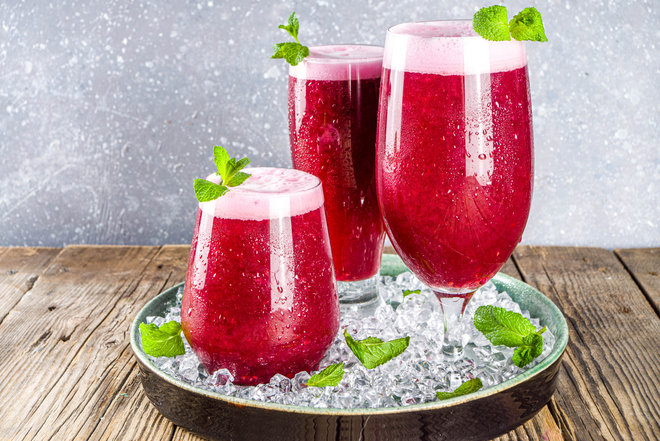 There was a time when we would beat the heat by treating ourselves to homemade sharbats. The most common was sharbat-e-shikanjavi that has, over the years, become a banal lemonade called shikanji. Most people believe shikanji is nothing else but sweetened nimbu-pani, but that’s a misconception. The name shikanji derives from the word shikanja, that literally translates as a trap. This is justified, as a small wooden contraption is used to squeeze the lemons. However, the original sharbat was far more complex a product than nimbu-pani. In those days, sugar syrup was prepared by mixing lemon juice with sugar and keeping it in the sun for four-five days to expose it to heat gently. This method is described in the Mahabharata and is called ‘nalpaak’ as it is believed it was the gifted royal cook Nal who invented this method.

The word sharbat comes from Arabic and is commonly used in Persia/Iran. The denizens of the desert understandably loved the cold drink when the sun scorched the expanse of sand. The original drink was not only a thirst quencher, but served as a generous doze of oral rehydration. In medieval India, royal meals often began with sharbat after invoking the name of the lord and was called sharbat-e-labgir. Alas, the days are gone and we all find ourselves addicted to bottled, mass-produced carbonated drinks and squashes that are fruity only in name, are coloured and flavoured artificially.

We are grateful to friends who gift us homemade phalsa and bael sharbat every year as soon as these fruits start appearing in the market. Phalsa is prized as the fruit is short seasoned. The sharbat made from it is delicate pink in hue and its sweet-sour taste is rendered exotic by a hint of astringency. It has a short shelf life as even sugar, otherwise a natural preservative, ruins its wonderful taste.

Bael, on the other hand, is wood apple that the devout Shaivites offer to Lord Shiva. Its yellow flesh has an alluring aroma and is believed to cure many a digestive ailment. In recent years, bael murabba has made a reappearance in Ayurveda.

Mash the flesh of bael fruit to a pulp. Keep aside. If using phalsa, wash the berries well and rub and mash to remove the seeds. Keep the pulp/residue in a bowl. Prepare sugar syrup by boiling it with an equal amount of water. Mix the fruit pulp with sugar syrup and add salt. Dilute it with water. Garnish the bael sharbat with a few leaves of mint and sprinkle a small pinch of black rock salt or roasted cumin powder over the sharbat. Serve chilled.