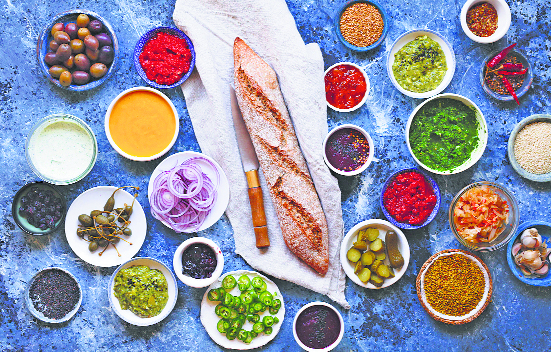 Having grown up in a culture where milk or milk-based products permeate every meal anywhere in India, people often confuse veganism as a dietary fad. Adopting veganism involves not only switching to a plant-based diet, but also abstaining from using any product that harms animals and environment. Definitely not a cakewalk, but a conscious cohort has taken the road.

Take, for instance, Jairoop Riar. Ten years ago, she saw a PETA video on the treatment meted out to dairy animals and felt compelled to turn vegetarian and stopped consuming milk. Over time, she has become vegan and has stopped wearing woolen and silk clothes. She runs a cloud kitchen, Forks and Knives, that provides vegan bakery products. Similar is Abhishek Kaushal’s story. He took up a course on Animal Ethics and was shocked to learn about the agony faced by animals for the sake of human beings. Last year, he too became a vegan.

A boon for fitness enthusiasts

Roopika Dhillon, a CrossFit trainer, adopted a vegan lifestyle two years ago, and it has helped her improve her strength. “Contrary to the belief that we need to consume protein from animal sources, I have seen a drastic improvement in my fitness levels. Without meat, cream and cheese, health is bound to improve,” she insists.

Veganism suits everyone, be it professional athletes or regular office-goers, says Vaibhav Garg, a clinical and sports nutritionist. On adapting to change, he explains, “It will not take the body much time to adjust when it is fed what is actually meant for it. We are herbivores and the human anatomy is in sync with this way of eating. The only problem that may arise is withdrawal symptoms. Otherwise, athletes/fitness enthusiasts can get enough protein from plant-based foods.”

Vegans swear by the positive changes in their life. Sakshi Aneja, a digital marketing student, has type-2 diabetes. An animal lover, she turned vegan two years ago. “Since then, I have seen improvement in my health,” she says. Anil Kumar, who became vegan in 1995, says his cholesterol levels have been among the lowest since he switched to a vegan way of life.

Prompted by a research project on climate change, Sakshi Chomwal, a student, last year made a New Year resolution to be a vegan and has been adopting it in a phased manner. She has given away her leather bags and belts. “It is hard when you want to eat out and are unable to find vegan products. Some restaurants customise food as per preference, but one has to be careful with the selection. Even the bread has to be yeast-free.”

Abhishek misses roadside tea stalls and cheddar and mozzarella cheese. “I know the chaiwala will not use oat milk for me. Initially, resisting temptation is tough, but when you experience what switching from cow milk to plant milk does to your body, the cravings gradually decrease,” he shares.

The capitalist society functions as per demand, believes Jairoop. She says that with more people turning to veganism, a lot of substitutes have become accessible. “Polyurethane leather and fleece jackets are widely available. People are experimenting with mock meat, vegan butter and cheese, curd made of soy and coconut milk. There are options galore!” she says.