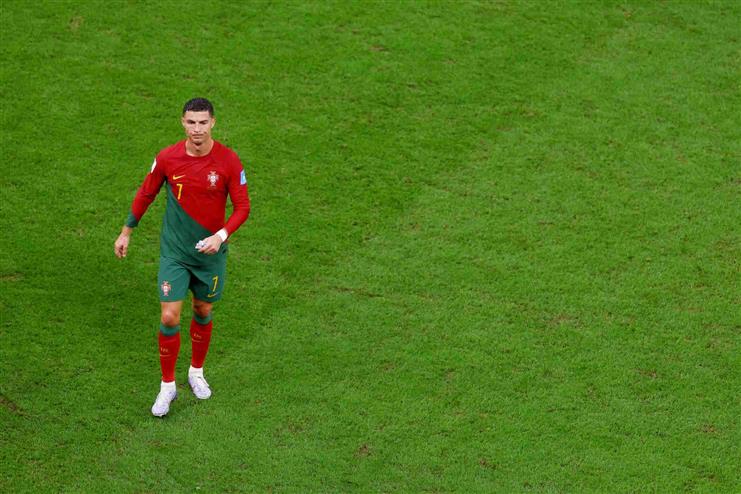 To Bruno Fernandes, World Cup teammate Cristiano Ronaldo is the most famous athlete in sports.

A future without the country’s greatest ever player could be a daunting prospect to the up-and-coming generation of Portugal internationals.

They aren’t showing it at the World Cup.

In fact, they showed they might even be liberated by stepping out of Ronaldo’s long shadow given the way Portugal demolished Switzerland 6-1 in the round of 16 on Tuesday.

Turns out there is life after the five-time world player of the year, even if that is hard for some to imagine.

Portugal coach Fernando Santos wanted a team “playing with a lot of fluidity” against Switzerland and that invariably meant leaving the 37-year-old Ronaldo — the player with more goals (118) than anyone in men’s international soccer — on the bench. It was a big call and it couldn’t have gone better, at least against Switzerland.

It’s a call that Erik ten Hag has made at Manchester United this season, preferring to have more mobile players in his front four than an undoubted goal machine whose movement is no longer what it was.

It took until the round of 16 for Santos to make that move at the World Cup, with his convictions strengthened by his obvious unhappiness at Ronaldo’s attitude after being substituted in the group game against South Korea.

The Portuguese soccer federation insisted Thursday that Ronaldo was dedicated to the team, saying he had built up a “unique track record every day” of service for his country and had an “unquestionable degree of commitment to the national team.”

That won’t necessarily guarantee him starts in the future.

Against Switzerland, Ramos — who came in for Ronaldo, to the shock of many, and scored a hat trick on his debut — stretched the opposition defense more than Ronaldo typically does. It gave Felix, playing just behind Ramos, more space to work in and he produced one of his best performances for Portugal.

It couldn’t be further from the Felix that seems so constrained under Diego Simeone at Atletico Madrid, working as hard on his defensive discipline and keeping team shape as what he offers in attack.

Santos went through the attributes of the three strikers in his squad — Ronaldo, Ramos and Andre Silva — and said that while Ronaldo is a player “who is more fixed and plays in a more determined area,” Ramos is “more dynamic.”

So dropping Ronaldo requires a shift in game plan. It might have worked against Switzerland, but will it work against Morocco?

Looking to become the first African team to reach the World Cup semifinals, Morocco is expected to defend deep against Portugal and play on the counterattack. Santos has to make the call whether this is more of a game for Ronaldo — one of soccer’s greatest ever players — or to stick with the player who just had the game of his life.

It’s not a bad situation to be in, and leaves Portugal as a very dangerous proposition either way. AP