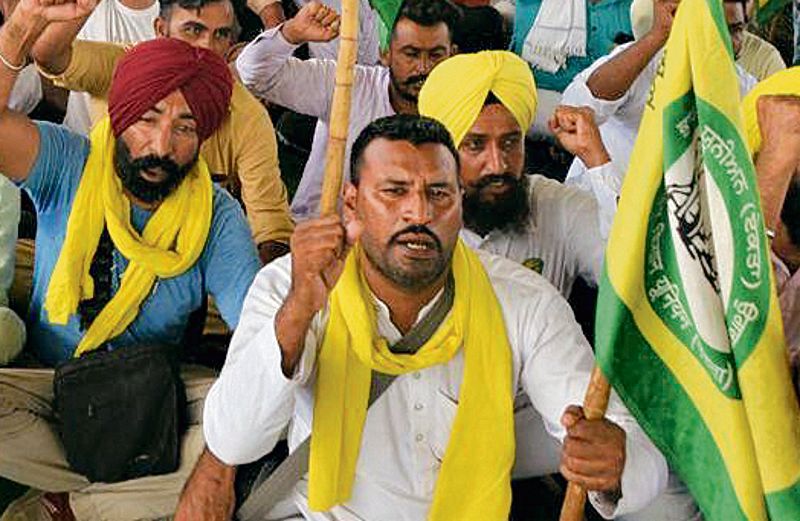 Even as the farmers are set to mark the completion of 10 months of their dharna at Singhu and Tikri on Sunday, there is no sign of weakening of the movement against the Centre’s three farm laws.

Even as the farmers are set to mark the completion of 10 months of their dharna at Singhu and Tikri on Sunday, there is no sign of weakening of the movement against the Centre’s three farm laws.

Though the number of protesters camping at both the sites keeps varying, their morale and spirit are still high. Confident about winning the battle against the Centre, they reiterate that they will not go back home till the laws are repealed.

The agitation has seen many ups and downs in the past 10 months. With the harvesting season round the corner, small camps have come up in place of tractor-trailers and langar is now confined to small groups. Many farmers have started their own kitchens and the supply of ration and other food items from outside has dipped.

Bhajan Singh, an 85-year-old farmer from Barwali Kalan village in Fatehgarh Sahib who has been staying at Singhu border for months, said, “Our number here has come down as this is the time to work in fields. If we won’t work, how we will provide food to our family and to the nation?”

As soon as the crop season ends, the farmers will again reach the Delhi borders to fight for their rights, he claimed.

Gurpal Singh, another elderly farmer, said, “We have been staying on the roads bearing the vagaries of the weather for 10 months, but we are determined to get the farm laws repealed.”

Pragat Singh, a BKU (Rajewal) leader, said, “In 10 months, the agitation has only gained strength. It has now spread to other states. We are also getting support from abroad. The Centre seems to be under pressure due to the growing unrest against the laws. We are hopeful of a resolution soon.”