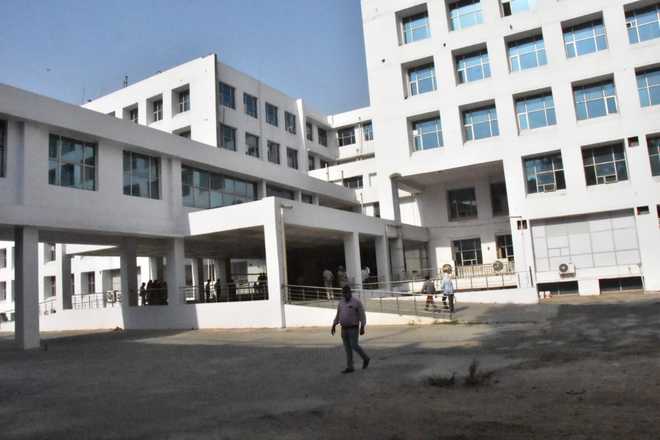 A new 100-bed facility with oxygen support at Atal Behari Vajpayee Medical College, Chhainsa village, in the district is set to open on Monday.

The medical college and hospital had been lying closed since 2015 and it was taken over by the state government last year. It had been proposed to made it fully functional from the current academic season. However, the Covid outbreak delayed the process.

The CM, during his visit to the area on April 26, had also announced that the hospital was expected to be functional within two days. However, it got delayed.

The hospital would be run by a team of doctors from the Army Medical Corps (AMC).

Meanwhile, a team of the AMC, led by Brig BS Jasrotia, today met DC Yashpal Yadav. The team demanded the setting up of a diagnostic centre at the hospital. — TNS