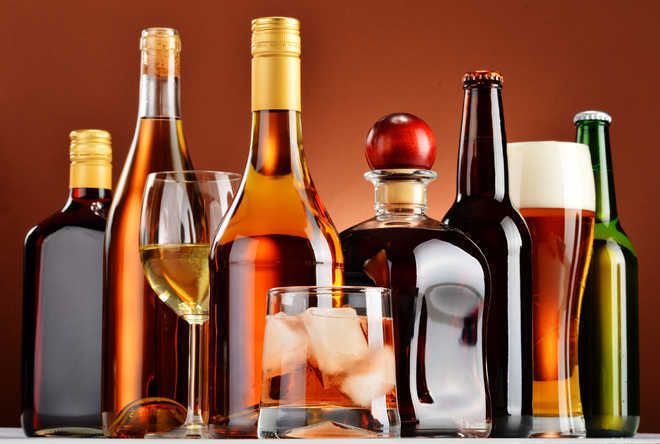 An liquor scam of over

Rs 14 crore has come to the fore in Sonepat. A liquor contractor, who owned L-13 godown in Murthal, reportedly sold seven lakh boxes of country-made liquor but did not deposit the additional excise duty to the department. He has even failed to answer where the huge stock was sold.

Ashutosh Rajan, Collector, Excise Department, imposed a penalty of Rs 28 crore on the contractor for the evasion of additional excise duty. The department also cancelled his licence and sealed the L-13 godown in Murthal.

The matter came to the knowledge of officials at the headquarters of the Excise Department in September, after which the department swung into action.

After the end of the first quarter in September this year, Collector Rajan verified the records of the godown. Smelling a rat, he called for the verification of the stock and record of the licencee.

During the inspection, the teams found a shortage of seven lakh boxes in the stock and the contractor reportedly failed to present any proof of the sale of these boxes, which were in excess of the permissible quota. The department found an evasion of Rs 14 crore of additional excise duty in the matter.

The department suspended them on November 24.

Sources said it was mandatory for the DETC to check the record and stock of L-1 and L-13 every month.

The L-13 contractor is the main stockist in the district and liquor quota from the distillery reaches its godown on a valid pass permit issued by the Excise Department after paying the excise duty.

After that, the liquor is being distributed to the retail shops on a valid pass permit, according to their quota fixed by the department, the sources added.

But in this case, the contractor received seven lakh boxes, which were more than the permissible quota, from the distillery on the valid pass permit. But, where that liquor stock was sold or supplied was not clear so far, the sources added.

Neel Ratan, DETC, Sonepat, said it was not a scam, but it was a case of breach. An amount of Rs 11.50 crore as penalty, out of Rs 28 crore, has been recovered so far from the contractor. The contractor has failed to give any information about the sale of stock, the DETC added. A probe is under way.