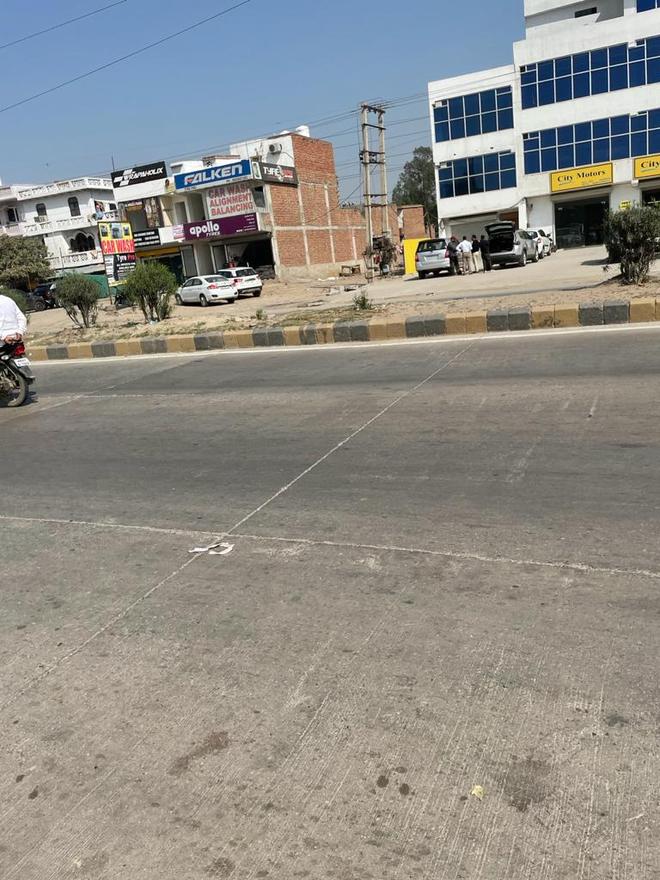 The showrooms to be razed for the Delhi- Mumbai Expressway project in Faridabad. Tribune photo

The Haryana Shahari Vikas Pradhikaran (HSVP) is set to demolish 143 showrooms and commercial establishments for the 12-lane Delhi-Mumbai Expressway project. These structures have allegedly encroached government land on the banks of the Gurugram canal, adjoining the bypass, which is being converted into 12-lane expressway.

“As this could be the biggest demolition drive by the HSVP so far, the illegal structures dotting the 1.5-km stretch on the left side of the highway here, have delayed the handing over of the 70 metres of ROW (Right of Way) to the NHAI by almost an year,” claim the sources.

“The encroachments also threaten to change the alignment of the Rs 3,580-crore expressway connecting Delhi and Mumbai under the Bharat Mala project,” the authorities said.

As many as 143 illegal structures, mainly commercial establishments (showrooms), existing on the HSVP and Irrigation Department land are to be removed and this could be taken up next week as per the sources in the department, who claim that political support to the land mafia occupying the land is perhaps the main reason behind the delay.

Though a land survey and demarcation have already been done, an action is expected anytime as the top authorities of the state government and the Union Transport Ministry have given a go-ahead for the removal of the encroachments. Sources

Though a land survey and demarcation have already been done, an action is expected anytime as the top authorities of the state government and the Union Transport Ministry have given a go-ahead for the removal of the encroachments, reveal the sources.

The eight points raised to justify the demolition include mass illegal constructions by the land mafia , irreversible damage to the greenbelt of the residential sectors, poor scope for the sale of plots and land in upcoming sectors located behind these showrooms, future expansion scope and security threat to expressway by these buildings. A police force of 1,250 personnel and at least three Duty Magistrates have been sought to carry out the demolition, according to officials.

“All the illegal structures have either been removed or will be razed soon,” says Pradeep Dahiya, Administrator, HSVP, here.

The expressway starts at the Ring Road-DND junction in New Delhi, passes through Faridabad to culminate at the Delhi-Mumbai Expressway interchange junction at Mindkola village of Palwal. Its foundation was laid on March 1, 2019.