2 labourers killed after 3-storey building collapses amid demolition in Gurugram : The Tribune India 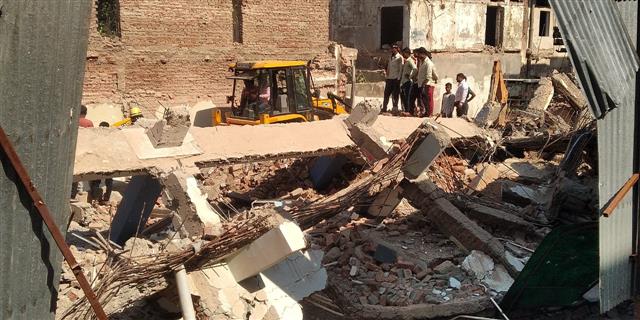 Two labourers were killed while two rescued alive after a three-storey building collapsed amid demolition here on Monday.

The incident occurred in Udyog Vihar Phase-I at around 8 am in plot 257.

Around a dozen labourers were working at the demolition site when first the roof and later, the entire building caved in.

Deepak Saharan, DCP West, said it was an old building that was being demolished since September 26. Two floors of the three-storey building had earlier been demolished and the remaining roof of the last floor collapsed, trapping the four labourers under it.

After getting information, the police team along with the civil defence and fire brigade team had reached the spot and started the rescue operation.

The administration has marked an inquiry to be headed by the SDM.