38 shopkeepers challaned by Yamunanagar-Jagadhri MC during drive against single-use plastic : The Tribune India 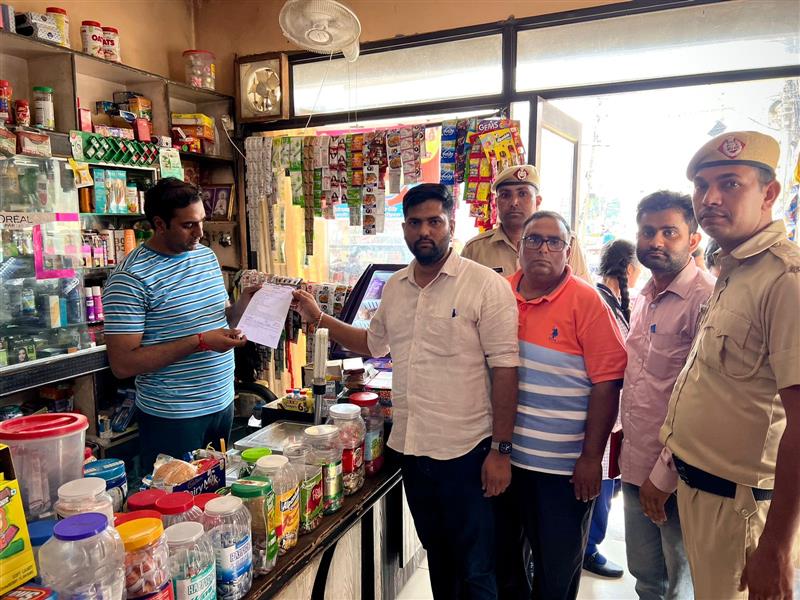 MC officials issue a challan to a shopkeeper in Yamunanagar. Tribune photo

Teams of the Municipal Corporation, Yamunanagar-Jagadhri (MCYJ), cracked the whip on violators and issued 38 challans to shopkeepers using single-use plastic products and polythene bags in the past one week.

A team of the MCYJ, headed by sanitary inspector Govind Sharma, raided several shops on the Radaur road and in the Professor Colony area today, while another team headed by inspector Amit Kamboj raided shops in Pathrowala Bazar and Prakash Chowk on Monday. A total of 13 challans were issued and fine was imposed on the violators in these areas.

On August 17, two teams raided the areas of Model Town, Chhoti Line, ITI, Ram Nagar and Bank Colony; issued challan against 15 shopkeepers and imposed fine worth Rs 7,500 on them. The Model Town and Jagadhri Workshop area was raided on August 16 where 10 shopkeepers were issued challan and Rs 5,000 worth fine was collected.