6 held for transformer thefts in Karnal 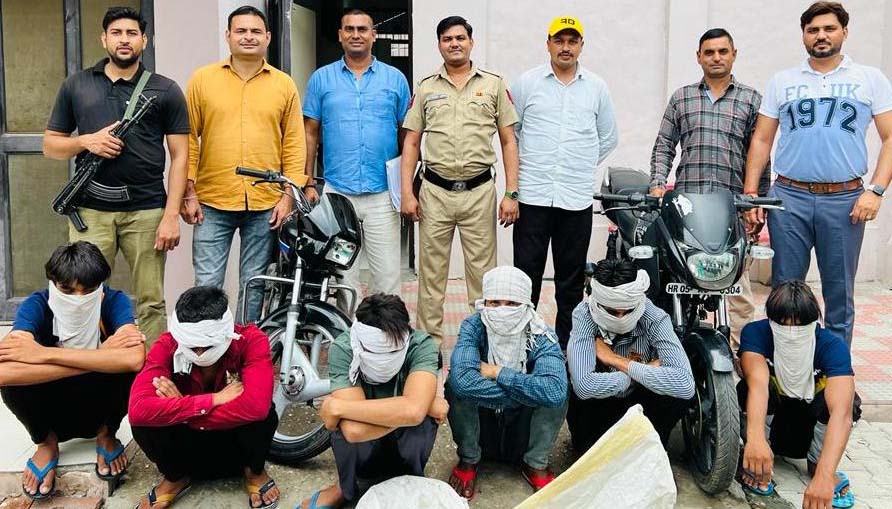 The accused in police custody in Karnal on Friday. Tribune photo

With the arrest of six members of two gangs, the Karnal police claimed to have solved 44 transformer theft cases. The police also recovered 15.9 kg copper wire and equipment used in the crime.

An anti-cattle theft squad led by ASI Parveen Kumar arrested the six miscreants. From the first gang, they arrested Kamaldeep; Yogeshh, son of Sanjeev Kumar; and Yogesh, son of Mehnga Ram of Indri block. They were arrested from Gaurgarh village. From the second gang, Akshay Kumar, Vijay and Sandeep of Indri block were arrested from Kherimansingh village on June 29. They were taken on two-day police remand, said the police spokesperson.

One accused is absconding. They confessed to the crime and told the police that they used to conduct recce in the day and stole transformers in the night. Members of the first gang had stolen 23 transformers and the second gang had stolen 21 in Indri block in 2022, the spokesperson added.