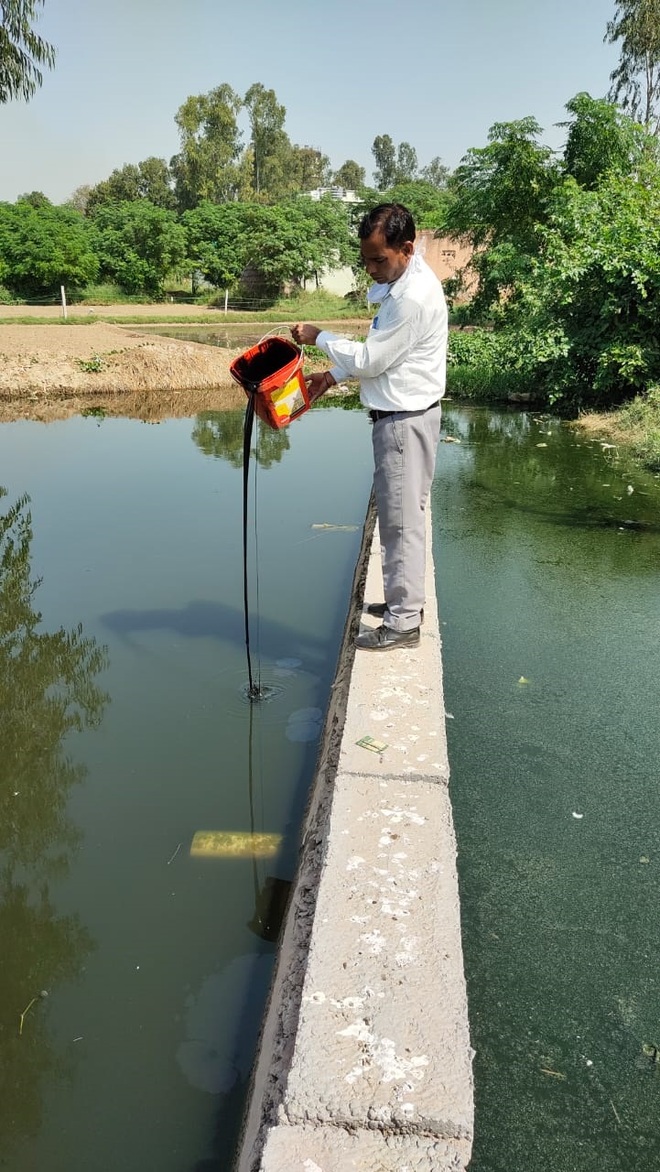 Used oil being spilled in a waterbody in Ambala. Tribune photo

The Health Department believes that nearly 10 to 15 more cases are likely to be confirmed as results of nearly 150 samples are awaited. Last year, a total of 42 dengue cases were reported.

An official in the Health Department says waterlogging in small pockets due to untimely rainfall and unhygienic conditions have led to the breeding of mosquitoes.

Of the 68 confirmed cases, 45 patients have been treated and discharged while the remaining are undergoing treatment. However, no case of malaria has come to light so far.

The Health Department has served notices on 6,670 residents in the Ambala district since July, after dengue larvae were found at their houses during the inspection.

“Results of around 150 samples are awaited and the number of dengue positive cases may increase further, but the department has been taking all measures to control the spread,” Kuldip Singh, Civil Surgeon, said.

Deputy Civil Surgeon Dr Sanjeev Singla said necessary steps were being taken to check mosquito breeding. The department is creating awareness among people so that they don’t allow water to stagnate in their surroundings.

To a query, the Civil Surgeon said: “A 10-year-old boy from the Naraingarh died at PGIMER, Chandigarh, earlier this month, but he had tested negative for dengue.”