Operating without permission, had no effluent treatment plant 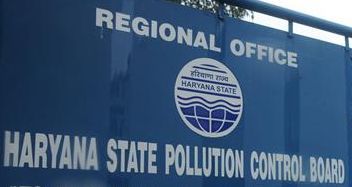 The Haryana State Pollution Control Board (HSPCB) has slapped an “environmental compensation” of Rs 20 lakh on seven hospitality units — five banquet halls, a hotel and a restaurant — in the district.

The HSPCB imposed Rs 99 crore as environmental compensation on violators, including government departments, in the past three years. Of this, nearly Rs 61 crore is yet to be realised.

During the inspection, it was found that a number of units were being operated without obtaining the CTO from the board and without installing effluent/sewage treatment plants. After issuing show-cause notices several times, the HSPCB authorities issued closure orders under the Air and Water (Prevention and Control of Pollution) Act. However, 10 hospitality units were recently sealed by the authorities of the Haryana State Pollution Control Board as the owners failed to comply with the directions issued by the board.

AEE Ajay Malik said environmental compensation had been imposed on seven sealed units and the process to impose it on the remaining three sealed units was in progress.

As per the categorisation list of the HSPCB, some hotels, restaurants, dhabas, marriage palaces, motels and banquet halls fall in the green category.

Such hospitality units need to obtain a CTO, install effluent/sewage treatment plants and obtain other necessary permissions as per the orders of the Supreme Court, National Green Tribunal and the HSPCB.

As per a report of the district-level task force headed by Additional Deputy Commissioner Ayush Sinha, 56 hospitality units in Yamunanagar district were identified in April 2022, which fall in the green category.

AEE Naresh Sharma said all seven units, on which environmental compensation was imposed, had deposited the fine with the HSPCB a few days ago.

He said the units had also applied for the CTO from the HSPCB.

“We have recommended the suspension or closure of the seven defaulting units to the authorities as these units are not complying with the norms,” said AEE Naresh Sharma.