The accident involved an Ertiga car, an ECCO and two trucks 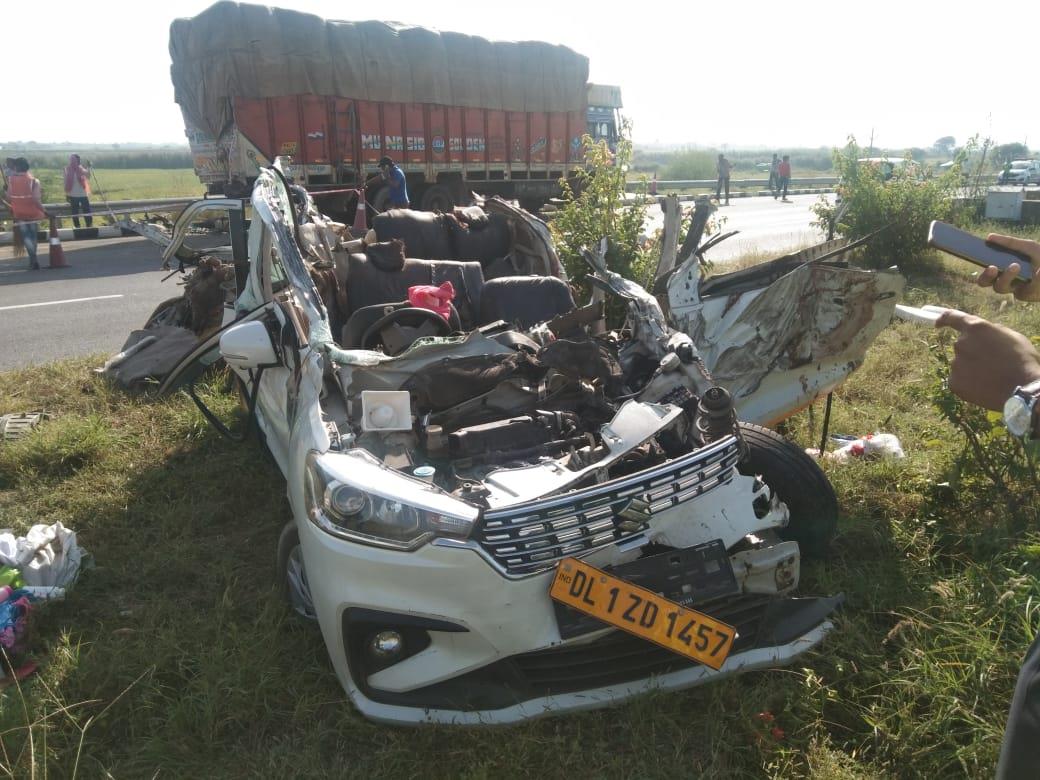 The scene after the accident.

Nine people, including three women and a child, were killed and several others injured in a road accident involving four vehicles on the Kundli-Manesar-Palwal (KMP) Expressway near Bahadurgarh town here in the wee hours of Friday.

The injured have been admitted to nearby hospitals.

The mishap took place around 3.30 am when an Ertiga car carrying 11 people was on its way from Rajasthan to Uttar Pradesh.

The driver stopped the car behind a stationary truck between Badli and Farukkhnagar to answer the nature's call. Meanwhile, a truck hit the car from behind leaving its eight occupants dead and three others injured, said Om Prakash, the investigation officer.

Sources said that later, an ECCO car carrying seven people stopped there to find out about the accident. It was also hit by another truck from behind. One of its occupants died on the spot while some others were injured.

The deceased are yet to be identified. The police have started investigation.