Access to Kundli-Ghaziabad-Palwal expressway in Palwal district gets approval 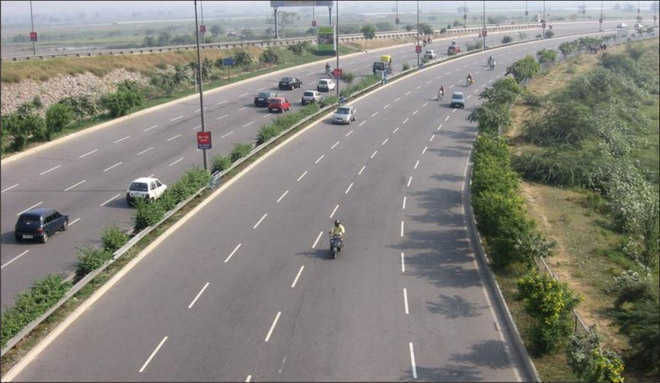 The demand for providing an interchange at the Kundli-Ghaziabad-Palwal (KGP) expressway in Palwal district has been finally approved by the Union Ministry of Surface Transport after over three years. - File photo

The demand for providing an interchange at the Kundli-Ghaziabad-Palwal (KGP) expressway in Palwal district has been finally approved by the Union Ministry of Surface Transport after over three years. The expressway was opened for traffic on May 27, 2018.

In a letter to the Palwal Deputy Commissioner on February 13, the National Highways Authority of India (NHAI) stated the proposal for the construction of an interchange on the KGP near Pelak village of the district had been approved. “Land measuring 0.8 hectare will be required for the project. A district revenue officer has been appointed as a competent authority for acquiring land,” says the letter.

The NHAI has asked the district administration to submit a land acquisition plan after a survey.

The NHAI, in its communiqué to the Ministry of Road Transport on February 9, had informed about its decision to develop an interchange with reference to a letter by the Haryana CM.

“The bids for the project are likely to be invited in April after completion of all formalities,” said Deputy Commissioner Naresh Narwal.

“Though the demand for an interchange was raised way back in April 2018, approval took almost three years,” says Karan Dalal, a former MLA who had raised the issue with Union Transport Minister Nitin Gadkari in 2018. “It’s better late than never,” said Dalal, adding it will provide great relief to commuters and ease traffic on the expressway.