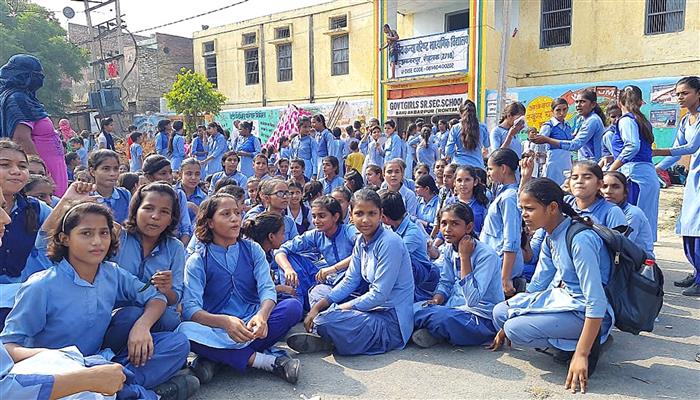 Residents and students of Government Girls Senior Secondary School, Bahu Akbarpur village, in the district locked the school and blocked the Delhi-Hisar national highway passing through the area on Tuesday.

The students and villagers were protesting against the lack of teachers in the school.

“The teachers of English, science and mathematics were transferred from the village school on September 1. However, no new teachers of these subjects have joined the school to date. The studies of the students are getting affected. So we staged a protest demonstration,” said Paramjeet Balhara, a local.

The protesters lifted the blockade and opened the school after the Education Department officials reached the village and assured them of getting their concerns redressed.