Ambala Cantt roads to be beautified 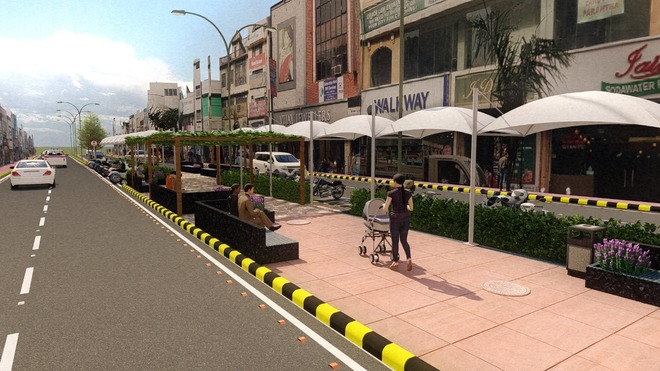 A proposed view of Durga Charan Road in Ambala Cantonment.

A sum of Rs 10 crore will be spent on the beautification of Nicholson road and Durga Charan (DC) Road in Ambala Cantonment. Both these roads are among the busiest and congested roads in Ambala Cantonmen and often witness traffic jams.

Road Dividers to be redesigned

Under the beautification project, the dividers will be redesigned, there will be parking lanes, gazebos, and sitting space. There are a large number of shops and showrooms on both roads. Besides the congestion, haphazardly parked vehicles and encroachments by shopkeepers make things further difficult for commuters.

The Executive Engineer, Ambala Municipal Council, Sadar Zone, Vikas Dhiman, said “Nicholson road and Durga Charan roads are to be developed and beautified and the project will cost around Rs 10 crore. It will be a nearly 1.2 kilometre-long area in which the work will be carried out. Both roads are congested, so it has been decided to reduce the size of dividers and the lights will be shifted to the sides of the roads. There will be sitting spaces and parking lanes. Utility ducts will be installed and greenery will also be increased on both roads.”

“The project is ready but due to the ongoing Ambala-Saha fou-lane project, there is heavy traffic movement on the Nicholson and Durga Charan roads. We are expecting that the work may start in 15 days”, he added.

The Subdivisional Magistrate, Ambala Cantonment, Sachin Gupta, who is also the administrator of the Municipal Council, Sadar Zone, said, “It is an ambitious project for Ambala Cantonment that will increase the aesthetic value of both markets. The basic idea is to build model roads for the markets.”