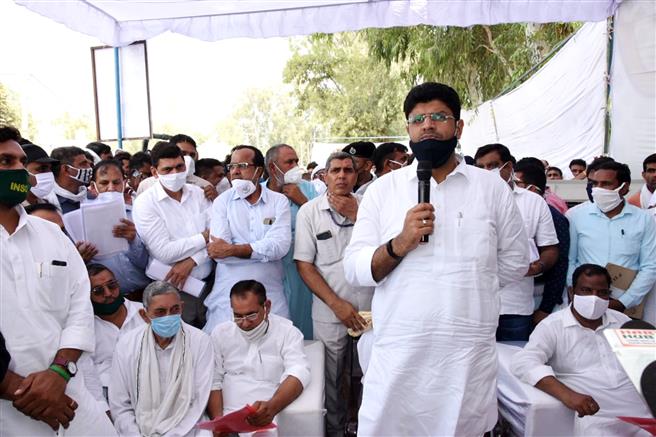 Up in arms against the controversial farm Bills passed by the Parliament recently, the residents of an Ambala village on Thursday evening banned the entry of the ruling BJP and JJP leaders to their village.

A decision to this effect was taken at a meeting of the villagers, held under the banner of the Bharatiya Kisan Union (BKU), at Jalbehra village.

“If any of the leaders of the ruling alliance dare to come to our village, they shall remain ready to face our wrath,” said Rulda Ram, a village elder.

The village youth, mostly from farming families, were seen fully charged and roaming around the village. Harjinder, who was on the forefront of the youth brigade, said, “Only those who are our supporters and against the farm Bills will be allowed entry to the village”.