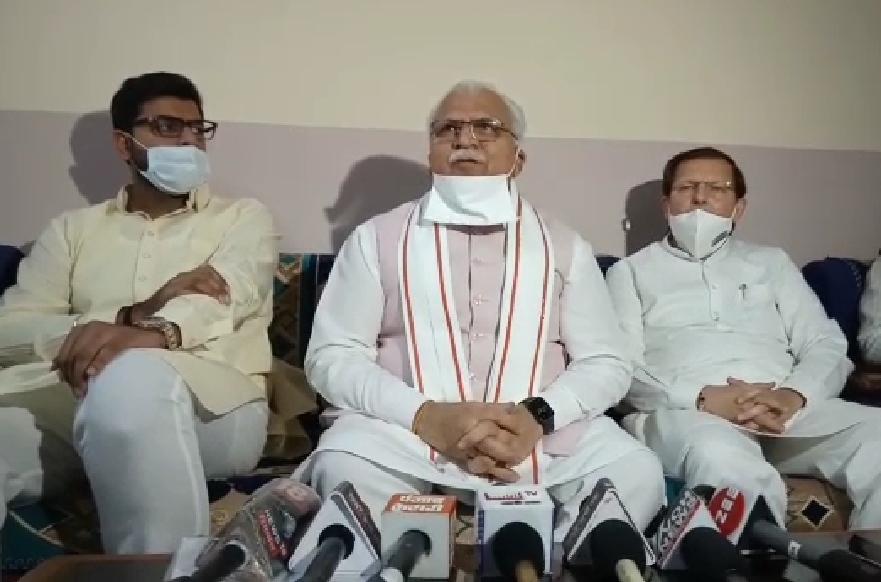 Chief Minister Manohar Lal Khattar on Thursday said the development was the only agenda of the BJP in the Baroda bypoll as the state government had carried out many development works in the assembly segment during the past four months.

He also claimed the victory of the BJP-JJP alliance nominee Yogeshwar Dutt in the election.

Khattar was interacting with mediapersons at Shri Baba Mast Nath University here on Thursday before proceeding to Baroda for poll campaign.

Accusing the Congress of misleading farmers over three farm legislations, Khattar said the farmers had known about the intention of the Congress leaders, hence they no more believed them, and would ensure the victory of the BJP-JJP nominee in the Baroda bypoll.

“The Congress leaders are habitual of speaking lies but they have now exposed themselves to the farmers over the three farm laws. The MSP and mandi system will continue as usual but the Congress is spreading false information that the laws will end the MSP system and the mandi system,” said the CM.

In reply to a question, Khattar said only four days were left for the bypoll in Baroda, hence every party had chalked out campaign strategies.

“We shall also carry out extensive campaigning in the segment during the four days and will try to cover all villages for seeking votes,” he added.

In reply to another question, the Chief Minister said Baroda segment had been unlucky in terms of development as those elected from here in the past 15 years did not bother about its development but such was not the case with the BJP as it had already taken several steps in this direction. Even, people of the segment too had realised the significance of the development for the betterment of the region, he added.