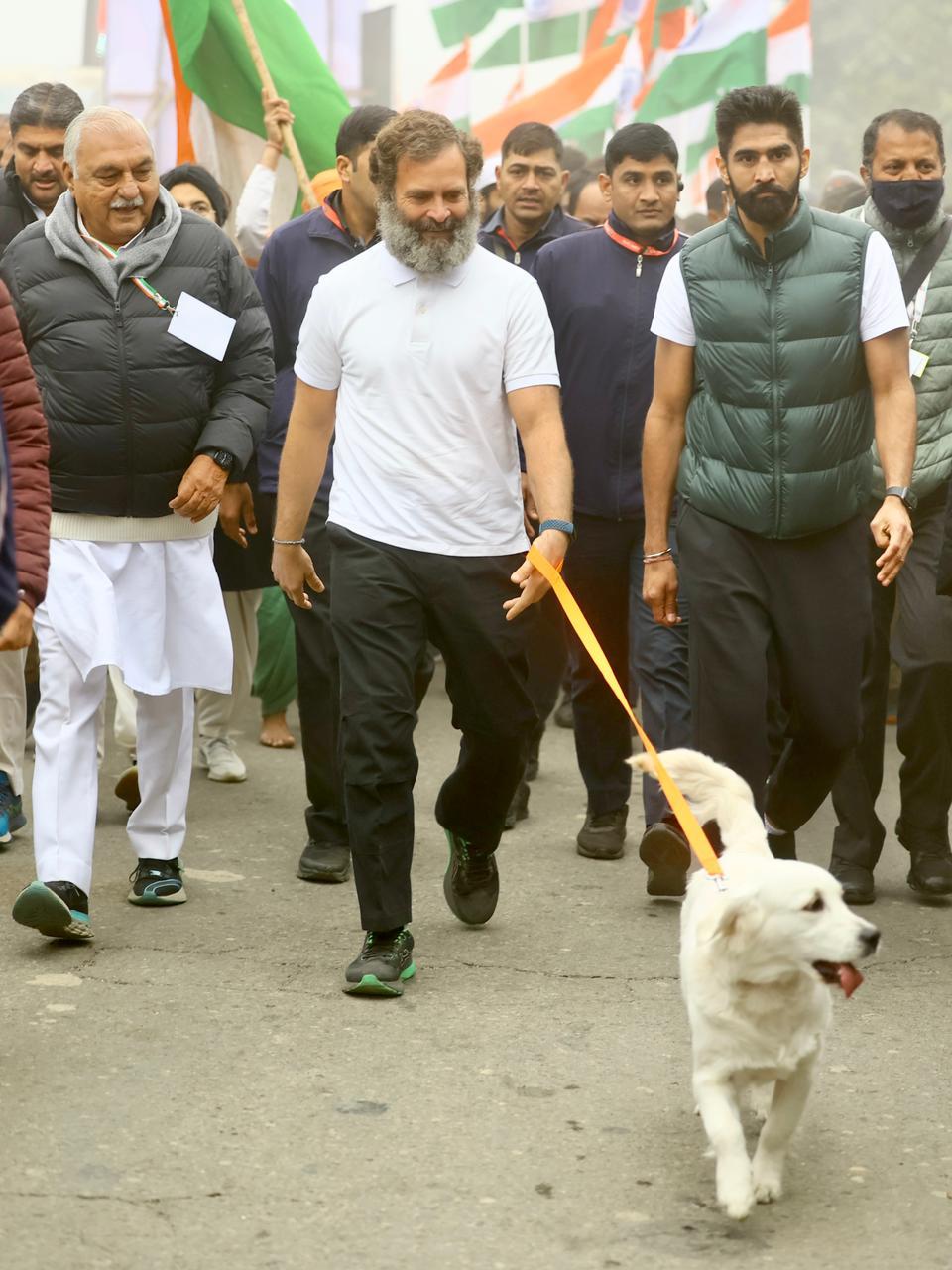 The Bharat Jodo Yatra resumed its journey in Haryana on Saturday morning, with scores of people joining the Congress leader Rahul Gandhi-led foot march as it entered Karnal district from adjoining Panipat.

Olympic medallist boxer Vijender Singh and senior Congress leaders Bhupinder Singh Hooda and Randeep Singh Surjewala were among those who joined the yatra which began from Kohand village in Gharaunda here.

According to the schedule, the yatra will halt for the night in Indri here before moving to Kurukshetra district next morning.

The yatra re-entered Haryana on Thursday evening from Uttar Pradesh.

Gandhi addressed a rally in Panipat on Friday and slammed the BJP government over the economy and unemployment, saying there are two Indias under Prime Minister Narendra Modi – one of farmers, labourers and the jobless and the other of "100 people" who hold "half" of the nation's wealth.