Bill to speed up land acquisition tabled in Haryana Assembly 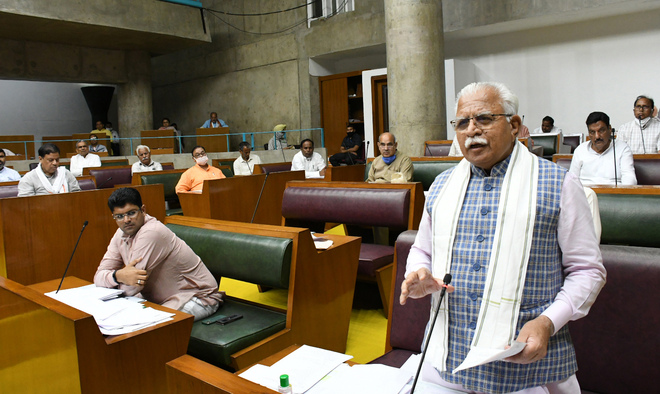 Land acquisition, especially for ongoing projects, is set to be put on the fast track in Haryana.

What’s in the Bill

The BJP-JJP government today introduced a Bill in the Haryana Assembly proposing major changes in the land acquisition Act, including dispensing with the need for Parliament’s approval and social impact assessment study for infrastructure projects.

The Right to the Fair Compensation and Transparency in Land Acquisition, Rehabilitation and Resettlement (Haryana Amendment), Bill, 2021 also makes provision for the payment of lump sum compensation to the farmers in case there is written agreement between the state government and the farmers.

“To ensure that the existing infrastructural projects do not suffer and are completed on time, the state government intends to amend the Principal Act of 2013 to exempt certain development projects, including rural infrastructure, affordable housing, industrial corridors, health, education and urban metro rail projects, from the preview Act pertaining to conducting Social Impact Assessment Study,” Deputy Chief Minister Dushyant Chautala said while introducing the Bill.

Dushyant Chautala said in case of written agreement between the state government and the farmers, the Bill made a provision of the payment of the lump sum amount of 50 per cent of compensation as rehabilitation and resettlement cost.

Dushyant Chautala asserted that the Act of 2013 had given rise to a new approach to the issue of land acquisition for development purposes with a view to ensure that the farmers, who part with their lands, were enabled to share the benefits of progressive development.