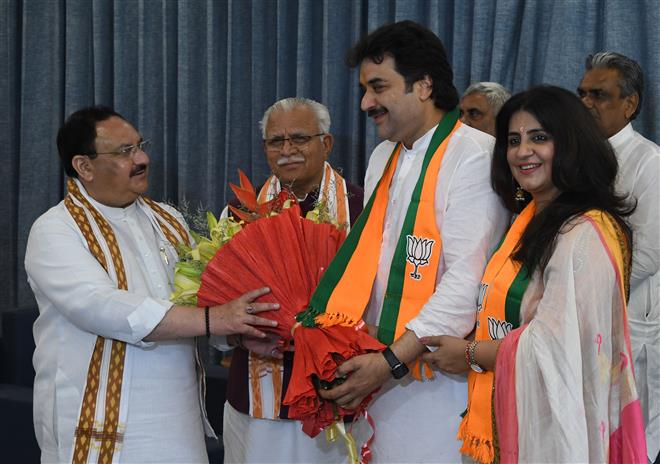 Bishnoi, who joined the BJP with wife Renuka and a large number of supporters, including from the Bishnoi samaj to which he belongs, praised Prime Minister Narendra Modi, Home Minister Amit Shah and party president JP Nadda in his joining-in speech. Bishnoi said he had no demands from the BJP and expected “only maan samman”, especially for his supporters and from the leadership.

Dhankar said Bishnoi would receive respect due to his political stature and experience. Bishnoi and all those who had joined the BJP with him would be given responsibility according to their seniority, said Dhankar.

Bishnoi said he wanted to join the BJP for a long time now, but wanted to give the Congress one more chance, given his long association with the party. “What can one do if the Congress is in a self-destructive mode,” said Bishnoi, who headed the Haryana Janhit Party (HJP) founded by his late father and former CM Bhajan Lal, which he merged with the Congress around 2016.