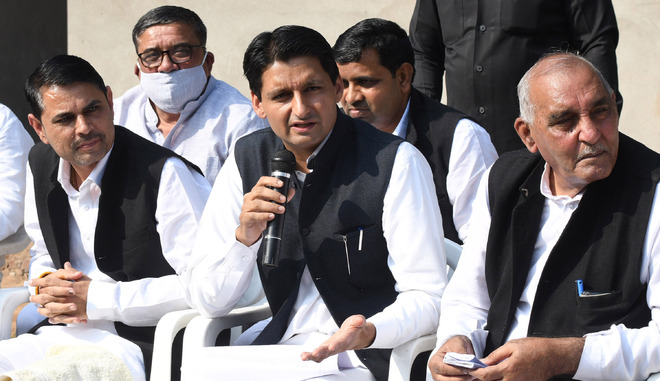 Congress MP Deepender Hooda today said the BJP-JJP government was on a shaky foundation after the Baroda bypoll result.

Holding a press conference here today, the Rajya Sabha MP said, “It (Baroda bypoll result) will have an impact on Haryana politics. The countdown for the fall of the BJP-JJP government has started. The cracks of mistrust have appeared between the alliance partners. The Chief Minister has been saying that the JJP votes didn’t get transferred to the BJP candidate. In administrative parlance, it is said that when crack appears in the wall, it is declared unsafe. Same is the condition of the present dispensation.”

Hooda pointed out that in the last four to five days of the campaigning in Baroda, the picture of Khattar was removed from the hoardings as there was an attempt to show that the candidate was separate from the government. — TNS