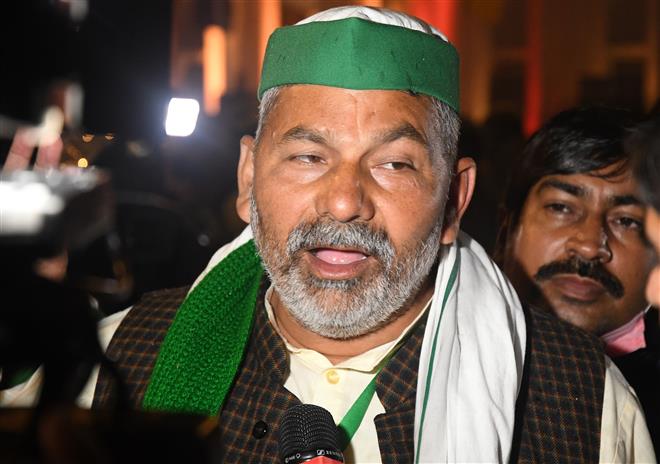 A day after a case was registered against Bhartiya Kisan Union leader Rakesh Tikait, who is also the national spokesperson of the union, along with 11 other identified farmer leaders, the Bhartiya Kisan Union has threatened to hold an agitation if the FIR is not cancelled.

BKU mandal president Baldev Singh said, “We will continue to protest till the farm laws are not withdrawn. A meeting was held today and it has been decided that the union will hold an agitation against the government if the case registered for holding the mahapanchayat is not cancelled.”