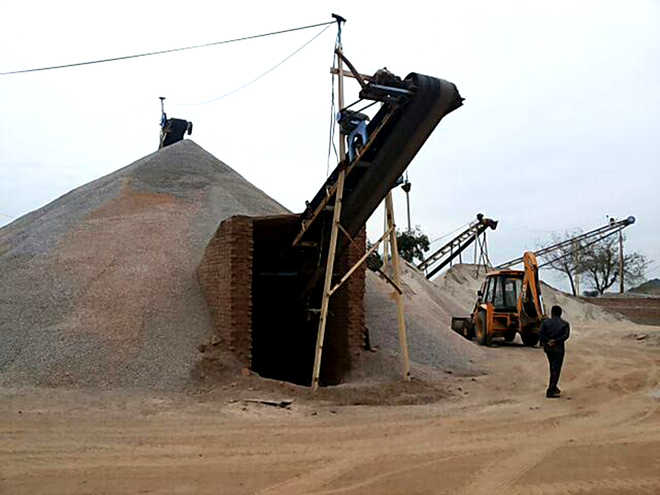 As many as 277 stone crushers in Charkhi Dadri had been fined Rs 31.45 crore for illegal groundwater extraction while a Rs 4.89 crore penalty had been slapped on 33 for violating other norms, a panel constituted to look into the irregularities has told the National Green Tribunal. Formed following directions from the NGT on August 19, 2020, the seven-member committee submitted the details before the tribunal on January 13.

There were 330 crushers in Charkhi Dadri, but 53 had stopped functioning before April 15, 2015 — the date of notification of the Central Ground Water Authority for obtaining permission for withdrawal of groundwater.

The Charkhi Dadri DC has issued orders for recovering the penalty from the violators. The state pollution board authorities told the committee that 35 units had been sealed for violating air quality norms. The HSPCB told the committee of the 33 units fined Rs 4.89 crore, 19 had deposited Rs 1.62 crore.

“The committee has said no new stone crusher of any capacity should be allowed to operate in the region,” said Narayanan. It has also recommended installation of three ambient air quality monitoring stations. The next hearing is scheduled for February 2.