Gurnam Singh Charuni: Mission Punjab will be model for nation 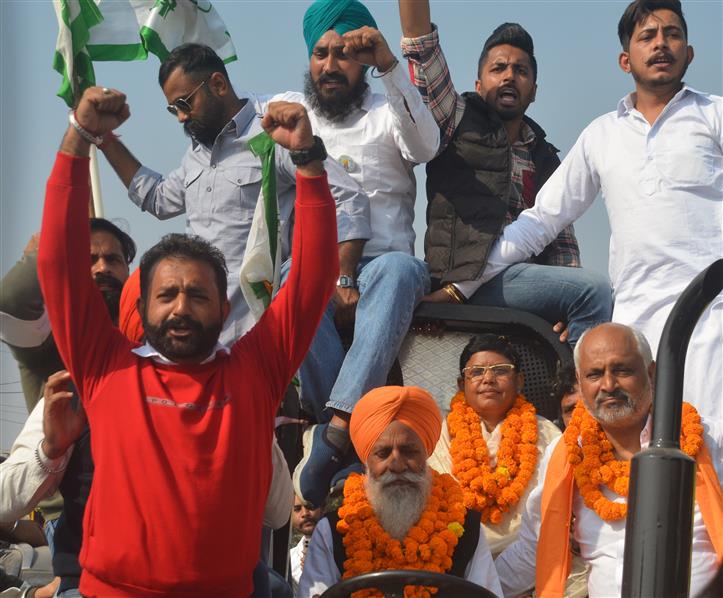 The Bhartiya Kisan Union (Charuni) chief Gurnam Singh today said that through “Mission Punjab”, farmers will try to present a model before the nation so that other states could demand a similar model in the entire nation in the 2024 elections.

Gurnam was in Ambala to address a Samvidhan, Desh, Kisan, Mazdoor Bachao Sammelan organised by Samvidhan Bachao Morcha and the Bhartiya Kisan Union in Ambala City.

Gurnam said, “Those who have the power of vote should rule and not those who have the power of money. We will form a new party and exhort voters to support it. This system of money and power-driven politics needs an overhaul now. I will not contest the elections in Punjab, but will be connecting people across the state and they will contest the election. We want to present a model if farmers come to power and they make pro-people policies so that the entire nation demands the Punjab model in 2024. Elections are the last option before us.”

The government has not made any announcement regarding the MSP, compensation for the kin of farmers who have sacrificied their lives, and FIRs registered against the farmers. The government should accept the pending demands as well at the earliest, the farm leader said.

He also said that the labourers, farmers and Dalits, all are being exploited and we blame each other but the fact is that the entire country is being looted by a few corporate houses.