Clean all drains to avoid waterlogging 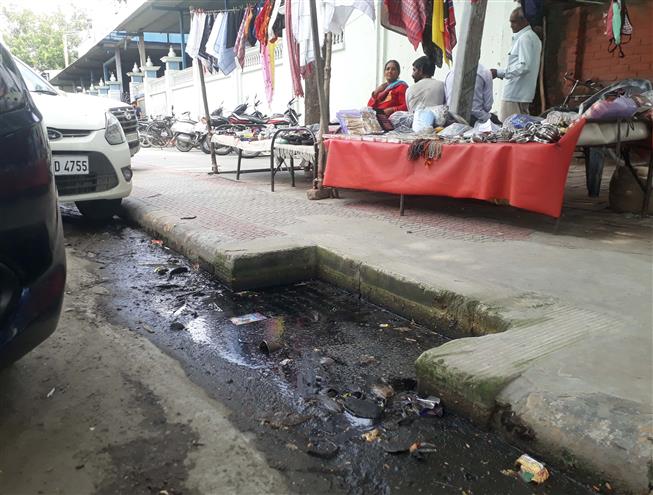 The Karnal Municipal Corporation has cleaned the Mughal Canal drain and some other drains of the city before the monsoon, but several drains are still left to be cleaned. Choked drains lead to accumulation of water in various parts of the city. It is a major problem faced by the residents at the time of rain. All small and big drains should be cleaned timely. Accumulated water becomes a breeding ground for mosquitoes and leads to spread of dengue and malaria. Besides, the government has also spent funds on covering open drains, but these drains might be the cause of frequent clogging of the drainage system. A small downpour is enough to submerge many areas in the city as open drains were covered without conducting any environment impact assessment. Vansh Bajaj, Karnal

No end to reckless dumping of garbage

While cycling through Kallarheri village in Ambala Cantt, I was dismayed to see the roadside from the Tundla side. One side of the road is mounted with garbage. The stretch of the road smells foul and is a breeding ground for many diseases. The administration and the public is to be blamed equally. Residents mindlessly dump garbage in the open. The civic body authorities also do not collect garbage timely from the dumping sites and let it rot in the open. The disposal system in the city is very poor and the authorities need to go on ground and take corrective measures. Col (Retd) RD Singh, Ambala Cantt

The underpasses, whether of the flyovers or railway crossings, always remain flooded in Narwana. These underpasses were designed to ensure uninterrupted movement of the traffic. Instead, these are proving to be dangerous and risky. Two-wheelers, buses and trucks get stuck. These underpasses remain muddy in summers and winters. The NHAI should design the underpasses in a way that water is drained out immediately. Ramesh Gupta, Narwana