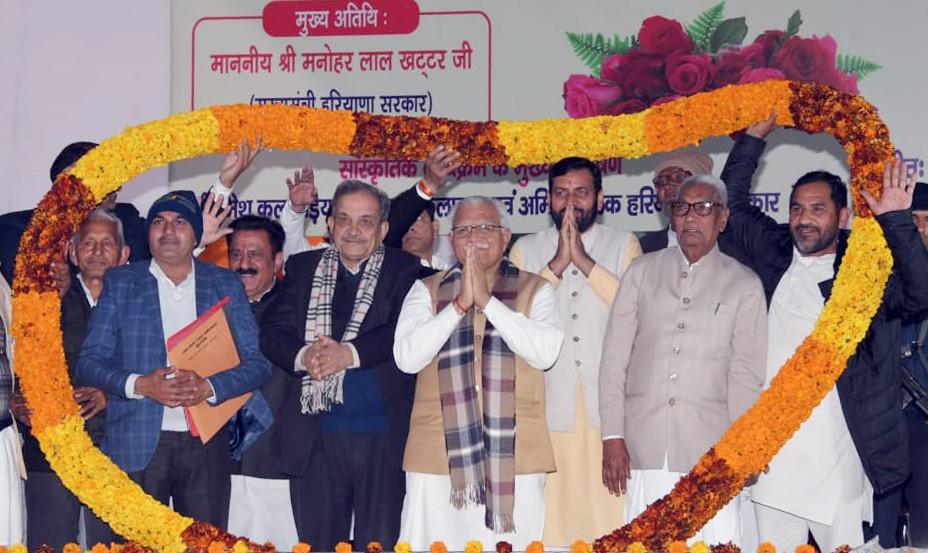 The Chief Minister with BJP leaders in Kurukshetra. Tribune photo

The CM was addressing a gathering on the occasion of Sir Chhotu Ram Jayanti and the annual function of Jat Sabha at Jat Dharmashala in Kurukshetra.

He announced a grant of

Rs 51 lakh for Jat Dharamshala. He said land for a hostel to be built by Jat Dharamshala would be arranged through the Kurukshetra Development Board or Haryana Shehri Vikas Pradhikaran. The state government will observe Dhanna Bhagat Jayanti on April 21 at state level. The venue will be finalised soon.

The CM said: “The government can take action against the drug menace, but the society should take the responsibility of convincing and making people aware.”

While appealing to the community leaders to motivate children to study, he said: “Today is the era of competition and in such a situation, we should motivate children to score good marks. The government has stopped the system of “parchi-kharchi”. Now, the jobs are given to eligible candidates on the basis of merit only.”