Earlier, Vij had given directions to select a new police chief 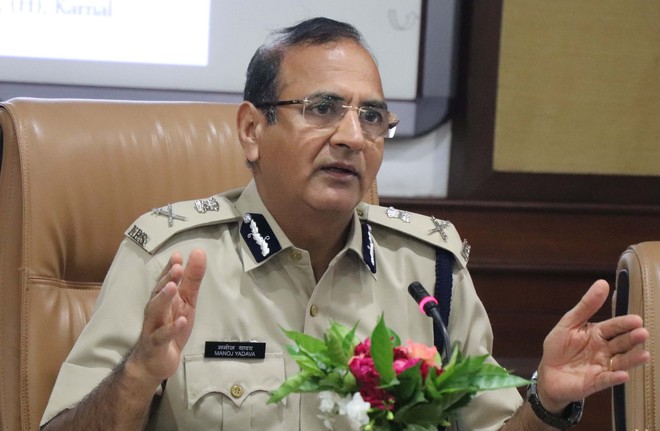 Unfazed by Home Minister Anil Vij’s insistence on a new panel being sent to the UPSC for selecting a new DGP, Haryana Chief Minister stated that the present DGP would continue.

“The Director General of Police (DGP) is still the DGP,” he said, mincing no words in backing the continuation of Manoj Yadava as the head of the police force during an informal interaction here today while trying to downplay Vij’s demand for a new panel.

“When we meet, we will talk it out and it will become clear. We have not met so far but this is not an issue,” he said, adding that the 1988-batch IPS officer had been given an extension before his two-year term had ended.

Despite this, Vij, in directions to the Home Secretary, had said that a seven-member panel be sent to the UPSC to select a new DGP since Yadava’s two-year term had ended on February 20 and had said that the post be considered vacant from March 2.

While Vij’s actions were being seen as a direct attack on the CM since the government had given Yadava an extension, Khattar chose to defend the former.

“I have known Vij since 1990s when he won the byelection from Ambala. Our party was in alliance with the Indian National Lok Dal which fielded a candidate. Vij contested that election,” Khattar said.

Emphasising that Vij was clear-hearted with no ill-intention, Khattar said Vij, instead of diplomatically putting across his view, was straightforward in his approach and that had proved to be an asset on many occasions.

Asked if the confusion was on account of government order on Yadava’s extension which mention that it was till “further orders”, Khattar said that this open-ended statement meant the DGP could continue till his retirement.

Yadava has come to Haryana from the IB for two years and has already been empanelled as DG at the Centre. It is learnt that the government will seek an extension for Yadava from the MHA.