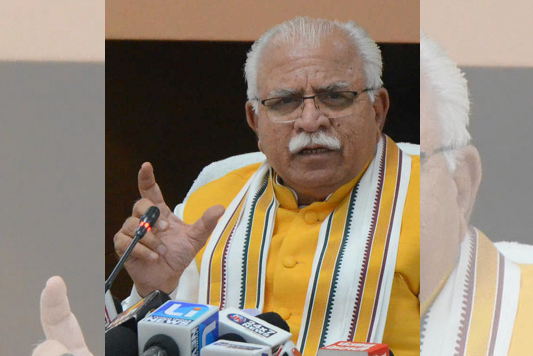 The Samyukt Kisan Morcha today decided to oppose the visit of CM Manohar Lal Khattar to Badoli village of Sonepat district on April 14.

It has been decided in the Sarvjatiya Sarvakhap Panchayat held at the Antil khap dharna site under the chairmanship of Hawa Singh, president, Antil khap.

The CM will visit Badoli village for the state-level programme on the birth anniversary of Dr Bhim Rao Ambedkar on April 14.

“It was unanimously decided in the panchayat that the CM’s visit to Badoli village of the Rai Assembly on April 14 will be peacefully opposed,” said Rakesh Tikait of Samyukta Kisan Morcha.

Tikait made it clear that they were not against the unveiling of the Ambedkar’s statue, but the CM’s visit. — TNS