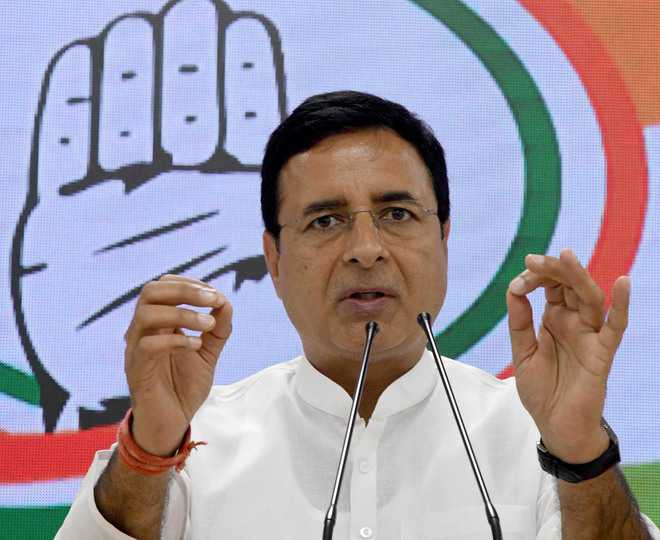 Holding a press conference, he said Khattar gave a sound byte to the press that no money was recovered from the HPSC office recently and played the video concerned of the CM. He claimed that the Vigilance Bureau had claimed otherwise before the court.

He questioned, “Why did Chief Minister Khattar mislead by telling lies, whom he saved!” “The whole government has been working in tandem to cover up the whole issue in some way or the other. So much so, the main culprits have been released from the police custody and are enjoying sound sleep in judicial custody.”

He added, “At this pace, the main accused will also be out on bail very soon.”

He questioned, “How and why the police remand of the main accused Anil Nagar, Ashwini Sharma, and Naveen were rejected in such a huge ‘Mahavyapam’ scam?”

“Neither any recovery has been made from Anil Nagar’s maternal uncle Ramkishan’s house in village Rithal, Rohtak, nor his residence at Rohtak. Also, his house in Sector 17, Panchkula, was not searched. Neither anything was recovered from Ashwini Sharma’s house in Sonepat nor from Jasbir Singh Malik’s agency, Safedot e-solutions Pvt Ltd, in Sector 11, Panchkula.”

He added, “Neither any investigation nor recovery was made from the HSSC nor any investigation or recovery was made from the Haryana Board of School Education in respect of the HTET examination.” “The conspiracy to cover up the Mahavyapam job sales scam is clear by limiting it to only 14 OMR sheets of dental surgeons and 22 OMR sheets of the HCS.”

He also pointed out the possibility of fraud in sub-inspector recruitment and HTET exams. “We demand that a sitting high court judge should look into the job fraud cases,” he said. — TNS