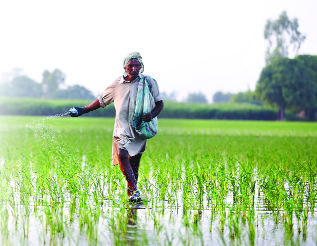 Leader of Opposition Bhupinder Singh Hooda today said the Congress stood with the farmers against restrictions on paddy cultivation and asked the government to take a pragmatic view of the matter.

The former CM said despite repeated requests to reconsider orders banning paddy cultivation in parts of the state, the government was adamant on its decision. “The farmer is in the best position to decide what to sow. The Congress will support the judgment of the farmer if he decides to sow paddy or any other crop,” he said.

Hooda said concerns over rapid groundwater depletion were legitimate and were a priority even for the Congress government, but it made attempts to find a solution for the same and not ban paddy cultivation. He said the government had gone back on its promise of giving 6,200 tubewell connections and was now giving only 4,000. “Over 84,000 farmers had applied for connections,” he said. He also objected to the government’s recommendation to cancel 1,530 recruitments. — TNS