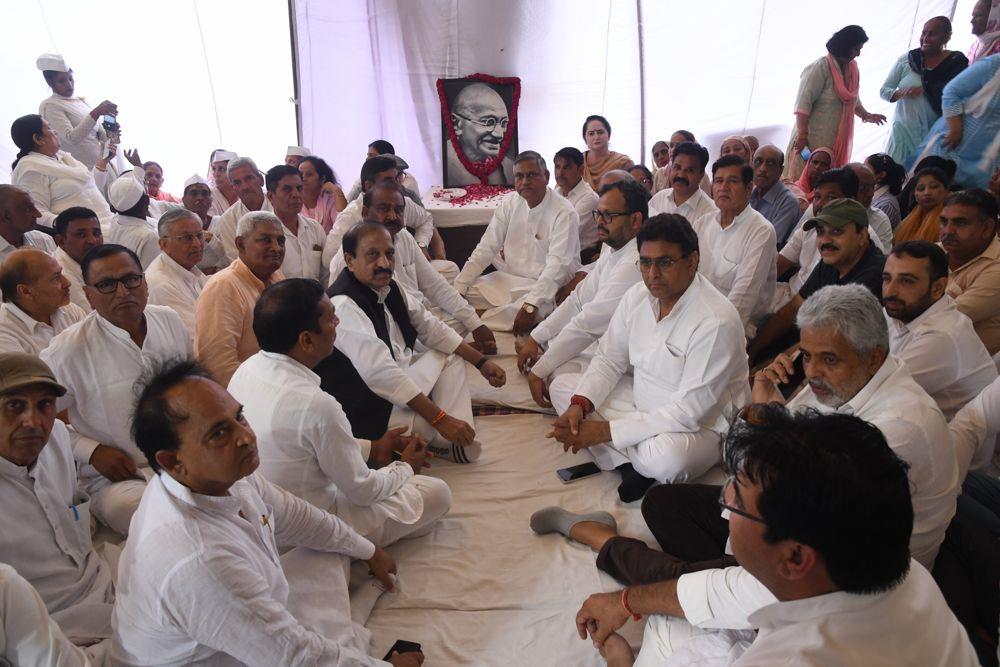 The state Congress unit today held a ‘satyagraha’ at the party headquarters here against the ED’s questioning of the party’s interim president Sonia Gandhi.

Under the party state president Udai Bhan, Congress leaders and workers held a sit-in before Gandhi’s picture. Bhan said earlier, Rahul Gandhi was interrogated, and now, Congress president Sonia Gandhi was being targeted. “The Enforcement Directorate is just a political conspiracy. The BJP government is harassing our leaders due to political malice,” he said.

“The credibility of independent agencies had diminished,” he said.

“The case was closed in 2016. However, the National Herald case has been opened once again to divert the attention from the hate politics and the real issues.”

“It is clear that the government is using agencies like the ED and the CBI to crush the opposition parties. Institutions like the ED have also been misused to topple governments, first in Madhya Pradesh and then in Maharashtra. On the other hand, people like Vijay Mallya, Nirav Modi and Mehul Choksi ran away after looting the country’s money and these institutions remained mute spectators,” he added.